Lisa Marie Presley, singer and daughter of Elvis, dies at 54

She was at the Golden Globes on Tuesday 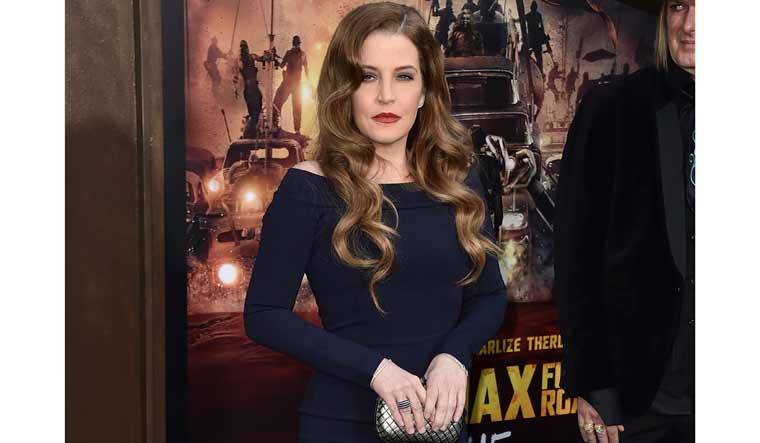 Lisa Marie Presley, a singer, Elvis' only daughter and a dedicated keeper of her father's legacy, died Thursday after being hospitalised for a medical emergency. She was 54.

Presley's death was confirmed by her mother, Priscilla. "It is with a heavy heart that I must share the devastating news that my beautiful daughter Lisa Marie has left us," Priscilla Presley said in a statement. "She was the most passionate, strong and loving woman I have ever known."

Presley, the only child of Elvis and Priscilla Presley, shared her father's brooding charisma the hooded eyes, the insolent smile, the low, sultry voice and followed him professionally, releasing her own rock albums in the 2000s, and appearing on stage with Pat Benatar and Richard Hawley among others.

She even formed direct musical ties with her father, joining her voice to such Elvis recordings as "In the Ghetto" and "Don't Cry Daddy," a mournful ballad which had reminded him of the early death of his mother (and Lisa Marie's grandmother), Gladys Presley. "It's been all my life," she told The Associated Press in 2012, speaking of her father's influence. 'It's not something that I now listen to and it's different. Although I might listen closer. I remain consistent on the fact that I've always been an admirer. He's always influenced me.'

Her birth, nine months exactly after her parents' wedding, was international news and her background was rarely far from her mind. With the release last year of Baz Luhrmann's major musical feature Elvis, Lisa Marie and Priscilla Presley had been attending red carpets and award shows alongside stars from the film.

She was at the Golden Globes on Tuesday, on hand to celebrate Austin Butler's award for playing her father. Just days before, she was in Memphis at Graceland the mansion where Elvis lived, and died on January 8 to celebrate her father's birth anniversary.

Presley lived with her mother, an actor known for "Dallas" and the "Naked Gun" movies, in California after her parents split up in 1973. She recalled early memories of her dad during her visits to Graceland, riding golf carts through the neighbourhood and seeing his daily entrances down the stairs.

Elvis Presley died in August 1977, when he was just 42, and she 9 years old. Lisa Marie was staying at Graceland at the time and would recall him kissing her goodnight hours before he would collapse and never recover. When she next saw him, the following day, he was lying face down in the bathroom.

"I just had a feeling," she told Rolling Stone in 2003. "He wasn't doing well. All I know is I had it (a feeling), and it happened. I was obsessed with death at a very early age."

She would later make headlines of her own. Struggles with drugs and some very public marriages. Her four husbands included Michael Jackson and Nicolas Cage.

Jackson and Presley were married in the Dominican Republic in 1994, but the marriage ended two years later and was defined by numerous awkward public appearances, including an unexpected kiss from Jackson during the MTV Video Music Awards and a joint interview with Diane Sawyer when she defended her husband against allegations he had sexually abused a minor. Her other celebrity marriage was even shorter: Cage filed for divorce after four months of marriage in 2002.