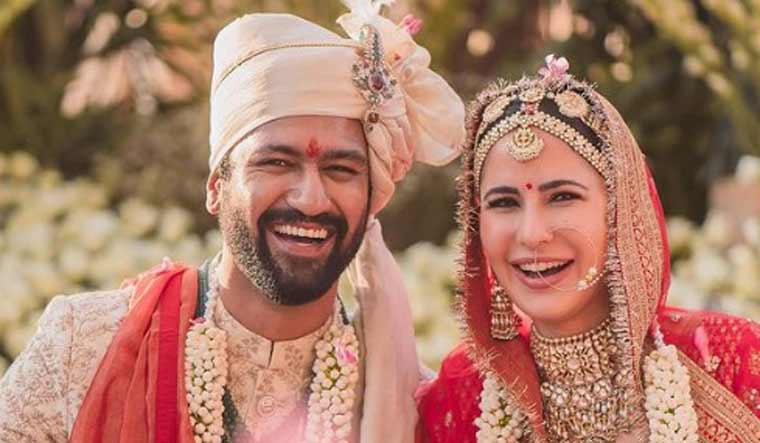 Actors Katrina Kaif and Vicky Kaushal are celebrating their first wedding anniversary on Friday. The couple took to social media to share romantic pictures and heartwarming notes for each other.

Along with a photograph from their wedding, Katrina also shared a candid video of Vicky dancing. In the caption, Katrina wrote, “My ray of light. Happy one year…..” Vicky, too, shared adorable pictures and wrote: “Time flies…but it flied in the most magical way with you my love. Happy one year of marriage to us. I love you more than you can ever imagine.”

Vicky's father and stunt director Sham Kaushal commented on his post: "Happy Anniversary. May God’s blessings be always with u my Puttars. Love & blessings. Proud of u both.

Other Bollywood actors and fans also wished the adorable couple in the comments. The couple, who kept their relationship hush-hush while they dated, tied the knot on December 9 at Sawai Madhopur last year.

On the workfront, Katrina was last seen in horror comedy Phone Booth, along with Siddhant Chaturvedi and Ishaan Khatter. Vicky will be seen next in Govinda Naam Tera, along with Kiara Advani. He is also gearing up for the release of Meghna Gulzar's Sam Manekshaw biopic Sam Bahadur.