Besides Tamil, 'Vadhandhi' will be available in Hindi, Telugu, Malayalam and Kannada 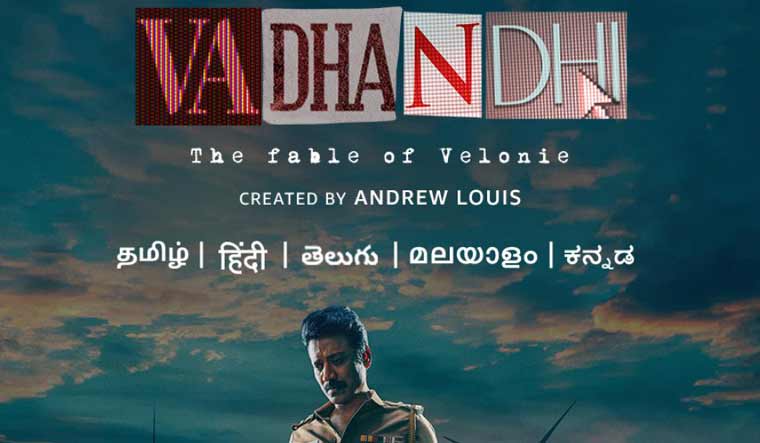 Tamil series Vadhandhi - The Fable of Velonie, backed by Pushkar and Gayatri, will be available for streaming on Prime Video from December 2.

Vadhandhi, which means rumours, is created, written and directed by Andrew Louis. It also marks the second project of Pushkar and Gayatri with the OTT platform following the critically acclaimed Suzhal : The Vortex, which premiered in June.

The upcoming crime thriller revolves around Velonie, played by debutante Sanjana, whose story is riddled with rumours. A troubled but determined cop (S J Suryah) finds himself caught in the web of lies but is hell bent on finding the truth.

Aparna Purohit, Head of India Originals, Prime Video, said the team is thrilled to bring to them Vadhandhi, another authentic and diverse story.

"Following the overwhelming response to Suzhal: The Vortex, we believe that Vadhandhi our second collaboration with Pushkar and Gayatri, further strengthens our regional content slate. This raw, atmospheric and heartbreakingly gorgeous thriller has been skilfully written and directed by Andrew Louis.

"The extremely talented star cast has breathed life into this story with their powerful and spellbinding performances, which will keep audiences on the edge of their seats until the very end," Purohit said in a statement issued by the streamer on Thursday.

Pushkar and Gayatri, who are credited as creative producers on the series under their banner Wallwatcher Films, said the aim with Vadhandhi is to completely capture the audiences' imagination and question societal biases.

"This story will not only entertain audiences, but will also make them ponder, long after the credits roll. It was wonderful collaborating with writer-director-creator Andrew Louis, with whom we shared a common vision, to create this enthralling crime thriller.

"With a very talented star cast, led by a veteran like S J Suryah and fresh talent like debutante Sanjana, the series will keep viewers deeply entangled till the very end. We are confident that Vadhandhi will captivate audiences, on its worldwide release this December," the filmmaker duo added.

Besides Tamil, Vadhandhi will be available in Hindi, Telugu, Malayalam and Kannada for Prime members in more than 240 countries and territories.