9th recipient of the prestigious honour 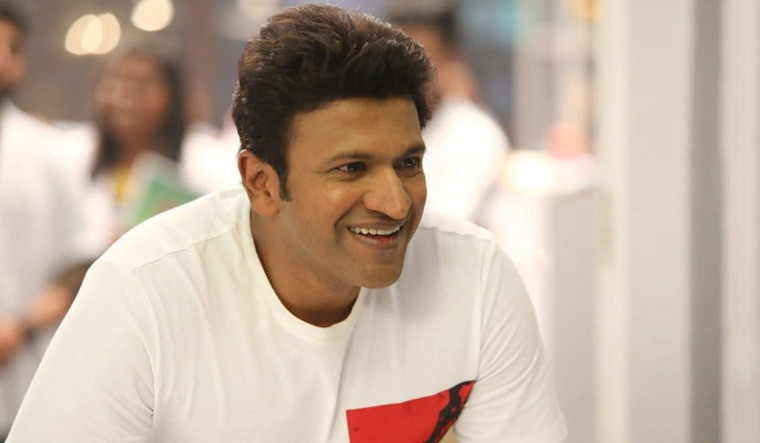 Karnataka's highest civilian award 'Karnataka Ratna' will be conferred posthumously on late actor Puneeth Rajkumar on Tuesday, on the occasion of the 67th Kannada Rajyotsava (the state formation day).

He will be the 9th recipient of this prestigious honour.

The grand event will be held on the fore steps of Vidhana Soudha, the seat of the state legislature and secretariat here, this evening.

Cine actors Rajinikanth and Junior NTR, and Infosys Foundation Chairperson Sudha Murty will be the guests at the event. Chief Minister Basavaraj Bommai will be presenting the award, which is likely to be received by the late actor's wife Ashwini Puneeth Rajkumar, and his actor brothers Shivarajkumar and Raghavendra Rajkumar.

The Karnataka Ratna award will have a full silver plaque and a 50 gram gold medal. Several noted personalities from the film and literary world, ministers, political leaders, legislators, among others are likely to be present at the event.

The event is scheduled to start at 4 pm with a performance by singer Vijay Prakash. With a large number of people expected to come to the venue, the Ambedkar Road in front of the Vidhana Soudha will be closed to traffic, and commuters have been advised to use alternate routes by the traffic police.

Considered the Kannada cinema's reigning star, Puneeth, the youngest of five children of thespian and matinee idol Dr Rajkumar, died of a cardiac arrest on October 29, 2021, at the age of 46.

Karnataka Ratna was last awarded to Dr. Virendra Heggade for social service in 2009. Interestingly, Puneeth's late father Rajkumar is among the first recipients of the Karnataka Ratna award in 1992, along with noted poet Kuvempu.

Puneeth, popularly known as 'Appu' and 'power star', by his fans, made debut on screen when he was just six months old and went on to win a national award as a child artiste for the film 'Bettada Hoovu'. He then re-emerged as a lead actor in 2002 and went on to star in 29 films, delivering some big hits.

The government at a separate event later in the evening will be honouring 67 achievers from different fields, including former ISRO Chairman K Sivan, with 'Rajyotsava awards'.