Says Mohanlal believed in the project when no one else did 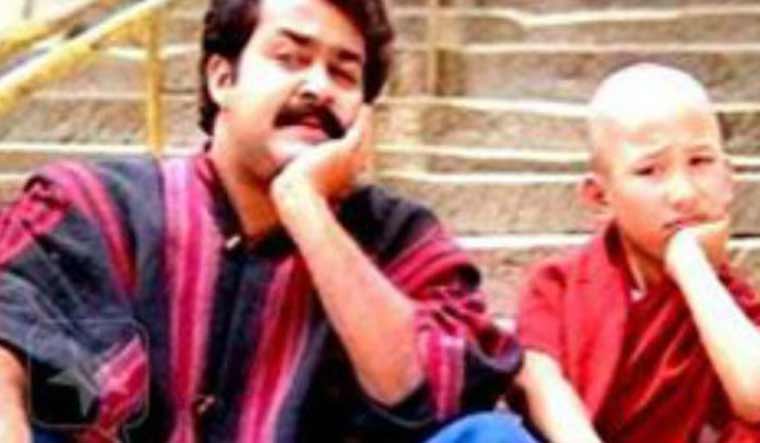 Thirty years ago, in September 1992, a film that was destined to be an intrinsic part of Malayali pop culture hit the theatres. Created by a group of young Turks who wished to do “something different”, it had a simple plot: A guy from Kerala who would become a hero in a foreign land because of his natural fighting skills. And, it was aptly named Yoddha (Warrior).

But the two worlds of Kerala and Nepal the creators of Yoddha explored with this plot, and its form that wrapped the plot in comedy, action, rich emotions, beautiful visuals and captivating music, has no parallel in Malayalam cinema. Directed by Sangeeth Sivan and shot by his brother Santhosh Sivan, Yodha is counted among those Mollywood films with maximum repeat-watch value.

The Mohanlal-starrer film gifted many new comical expressions and words to Malayalam vocabulary. Even after 30 years, its songs and background score—both done by A.R. Rahman—remain fresh. The film was released along with Fazil’s Pappayude Swantham Appus (PSA). On the box-office charts, PSA was the winner, though Yoddha also performed decently. But the latter gained greater acceptance in the next three decades, and even now it remains a textbook for Malayali filmmakers.

“To gain a cult status, a cinema needs to be ahead of its time or point at which it was made,” Sangeeth Sivan told THE WEEK. “Such films may not get great acceptance at the time of their release. There will be only a small percentage who would say that it was different or unusual. However, as society changes and people’s tastes change, more people will start discussing it in different forums. Fortunately, it happened in the case of Yoddha.”

Thaiparambil Ashokan’s (Mohanlal) journey from Kerala to Nepal, and how destiny would make him a saviour for a child Buddhist monk—who is thought to be a Rinpoche, a reincarnation of a Tibetan Buddhist community’s Lama—summarises the story of Yoddha. A Nepal trip and an exploration of its culture, myths and traditions helped the Sivan brothers to develop this final storyline.

The Kung Fu classic The 36th Chamber of Shaolin was the first inspiration for making the film, says Sangeeth. “We were all fans of Kung fu films,” he says. “We were like… let’s do a film like that. And, Nepal was the nearest place where we could explore a martial art like Kung fu or Karate via a film. So, I and Santhosh went to Nepal to see what we can find there. In Nepal, even Hinduism is very tantric; it has many elements of magic and sacrifices. We came to learn about the dark culture of bokshas—who perform witchcraft and bloody sacrifices.” The film’s antagonist is Vishaka, a boksha sorcerer (played by Puneet Issar) who kidnaps the monk boy for his tantric practices.

We also came to know about this unique Nepali culture of worshipping prepubescent girls (Kumari) as living goddesses,” says Sangeeth. Buddhist see Kumari as the personification of Vajradevi, a tantric deity in Tibetan Buddhism, whereas Hindus see the young girl as the manifestation of Goddess Teluja. Once these girls attain puberty, they will cease to become a goddess. The original plan was to use this tradition in the plot. But then visiting Buddhist monasteries and experiencing Buddhist chants and prayers, and colourful flags made the Sivan brothers change the plot from a Hindu background to a Buddhist background—and from a girl deity to a boy deity.

“We brought these different elements; we also knew about this tradition of reincarnation of Dalai Lama. So, we used these in the film,” says Sangeeth. The 1986 action-comedy Crocodile Dundee—which portrayed the story of an Australian Bushman who would go to New York and become a hero because of his natural talents—was also an inspiration for Yoddha, according to Sangeeth.

Sangeeth says the team had to face multiple challenges while preparing for Yoddha. “Lal sir (Mohanlal) believed in this project when no one else did,” he says. “Our producers agreed to do the film because Lal sir gave us the nod. We were worried. We did not know whether such a film would work. But he stood with us throughout the project.” He adds that one major obstacle they faced was about the Kerala portion of the film. “We knew what would happen in Nepal; we knew the villain and the story of the kid. But we did not have the script for the Kerala portion,” he says.

The protagonist’s character is established in the Kerala portion and the Sivan brothers tried their luck with many writers—including many senior writers. But none of the writers were able to deliver what they had expected. “That is when we bumped into screenwriter Sasidharan Arattuvazhy,” says Sangeeth. “He had come to meet my father. We had this conversation about the film. He asked about the story. We told him the idea. And, he said… ‘give me a week’. He then came back with a script. He put the Kerala portion of the story into a village in Palakkad. He brought in Jagathy Sreekumar’s character [which scores on par with Lal’s character Ashokan].”

Another major challenge that Sangeeth encountered was with the casting of the lama boy, around whom the entire plot revolves around. “We found someone in Bombay as a standby, and we went to Nepal with the idea that if we do not get anyone for the role of Rinpoche there, we will fall back on this person we found in Bombay,” says Sangeeth. “We finalised the casting for most of the other characters. But we were not getting a child actor who could play the lama boy. While speaking to Yuvraj Lama [a Nepali actor-filmmaker who acted as a confidante combatant of the sorcerer Vishaka in Yoddha], I said: ‘We did not get this boy’. Then I just asked him: ‘Do you have any children?’ I still do not know why I had asked him that. Yuvraj replied that he has two sons. So, I asked him whether I can see their pictures. He replied that he will get it and bring it to me tomorrow. I have a daughter. I used to carry her picture in my purse. So, I asked Yuvraj: ‘Check your purse, perhaps you will have a picture of your sons in it.’ He looked at me strangely for some time and said: ‘Gosh! How did you know?’ Yuvraj then showed me the picture of this angelic boy who has a mop of hair and a million-dollar smile. Then I said: ‘This is the one.”

Sangeeth then asked Yuvraj whether the boy will be ready to shave his head for becoming the character. “He said he will ask his son,” says the filmmaker. “Then the boy [Siddharth Lama] came. We asked him whether we can shave his head. He said: ‘no problem’. He was very cool about it. Soon he proved that he is a born actor, too. Once he had his head shaven and was in Buddhist robes, we took a picture and sent it to Santhosh. And he replied: ‘Wow! Fantastic'.”

The filmmaker recollects that Mohanlal was very friendly with Siddharth on the sets. “They could communicate even without words,” says Sangeeth. The off-screen chemistry between them helped in their on-screen chemistry also, he testifies. “However, Puneet used to intimidate him so much on the sets,” adds the filmmaker. “The boy actually became scared of him. But that was what Puneet wanted. He wanted the boy to be scared of him on screen.”

Ace filmmaker Mani Ratnam’s cousin Sharada’s husband Trilok Nair introduced A.R. Rahman to Santhosh Sivan. “It was via Santhosh that I got in touch with Rahman. He did the jingles for an ad directed by me for a Quilon-based brand.” Nair was the one who introduced Rahman to Mani Ratnam also. And, while the Sivan brothers were on their thought process for Yoddha, Rahman was already working on Mani Ratnam’s Roja—the 1992 Tamil romantic thriller in which Rahman made his debut as music director. “We were among the first ones to hear the iconic song ‘Chinna Chinna Aasa’ from Roja,” remembers Sangeeth.

The filmmaker adds that Rahman's music became the biggest enhancer of the visual language of the film. “If you look at Dileep’s (Rahman) scores, you can see that he enhanced each shot with his music,” he says. And, the flute theme of Yoddha is still remembered as one of the most popular BGMs produced in Mollywood. After Yoddha, Rahman returned to the Malayalam film industry only this year when he composed for Fahadh Faasil-starrer survival thriller Malayankunju.