Kunal Kamra says he is 'bigger Hindu' than VHP; dares it to denounce Godse 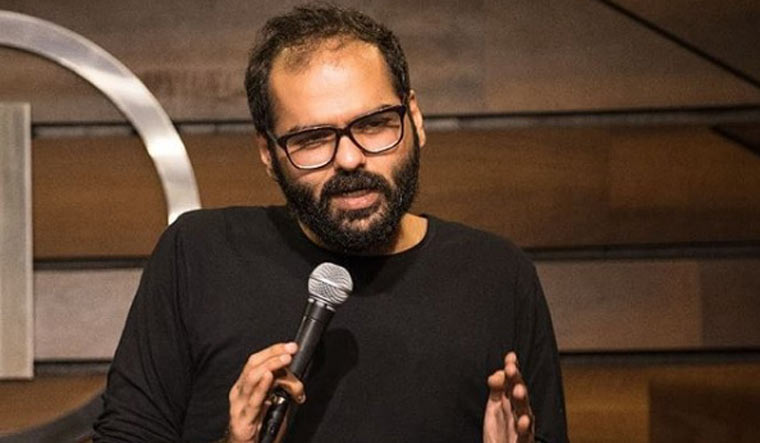 Days after his shows at a Gurugram bar were called off following threats by right-wing organisations, stand-up comic Kunal Kamra, on Sunday, wrote an open letter to the Vishva Hindu Parishad (VHP), challenging it to condemn M.K. Gandhi's assassin Nathuram Godse.

The comedian, who has criticised the BJP-led NDA government over a number of issues in the past, proclaimed himself as "a bigger Hindu" than the VHP as he doesn't earn his living by fear mongering and issuing threats.

"I chant 'Jai Shri Sita-Ram' and 'Jai Radha Krishna' loudly and with pride. If you really are the children of India, write and send (messages of) 'Godse Murdabad'. If you don't, you will be perceived as anti-Hindu and supporters of terrorism.

"Don't tell me you consider Godse as God? If that is true, keep getting my shows cancelled in the future too. I'll just be happy to have emerged a bigger Hindu than you in this test. Whatever I'll do, I'll eat my hard-earned bread as I'm a bigger Hindu than you. I feel it is a sin to live on scraps by threatening someone and spreading fear," Kamra wrote in Hindi, tagging the official Twitter handle of the VHP.

He was scheduled to perform on September 17 and 18 at Studio Xo Bar in Sector 29 of Gurugram, Haryana.

The VHP and Bajrang Dal, on Friday, had submitted a memorandum to Deputy Commissioner Nishant Kumar Yadav through Tehsildar demanding cancellation of the show, saying Kamra "makes fun of Hindu gods and goddesses in his show, which is quite wrong".

In his letter, Kamra also demanded the right-wing bodies to produce evidence suggesting he mocks Hindu gods and goddesses in his stand-up sketches.

"If there is any such clip, show it to me too. I only mock the government. If you are a government lackey, then your feelings getting hurt makes sense. How does the Hindu religion figure here?" he said.

The bar management had on Friday announced they were cancelling the show to avoid trouble.

Kamra, 33, also said he doesn't blame the club owner who had to cancel his shows.

"You got my Gurgaon show cancelled by threatening the club's owner. Why should I blame him? After all, he has a business to run. How will he deal with goons? He can't go to the police. Even if he goes to the police, the police themselves will come to you with a request. Now, the whole system belongs to you," said Kamra.