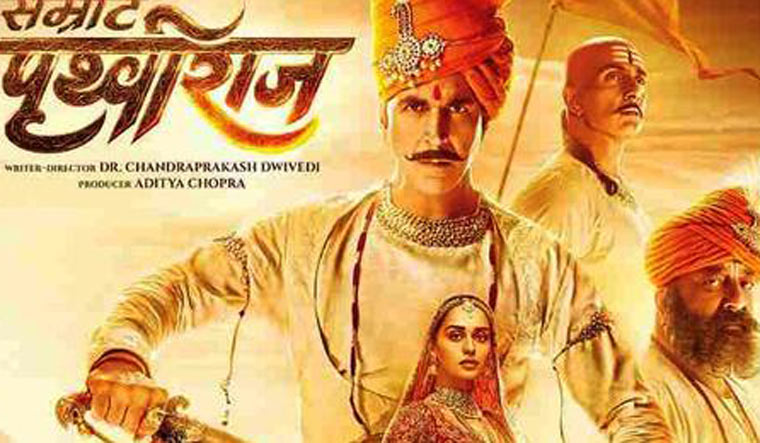 Akshay Kumar-starrer Samrat Prithviraj, based on the life of ruler Prithviraj Chauhan, released in theatres on Friday. The film also marks the acting debut of former Miss World Manushi Chillar.

Like Kashmir Files, this period drama directed by Chandraprakash Dwivedi has become the latest film to find support from the BJP.

Union Home Minister Amit Shah watched the film at a special screening on Wednesday, along with his family members, several central ministers, top officials of the Union Home Ministry and other guests. Prithviraj fought for the sovereignty of the country and for the protection of India's culture, the home minister said, adding those who espouse for women rights must watch this film. He also asserted that an era of cultural resurrection started after 2014 when the BJP came to power.

Uttar Pradesh Chief Minister Yogi Adityanath, who attended a special screening of the film, declared it tax-free in his state. Praising Samrat Prithviraj, he said, "The film talks about history and provides entertainment. It can be watched with the family. We have learnt from mistakes of the past and are trying to rectify the mistakes of the past 75 years. Our Prime Minister Narendra Modi is moving forward with the vision of the next 25 years to take India ahead."

The BJP government in Madhya Pradesh also exempted the film from tax on Thursday. Uttarakhand, too, followed suit.