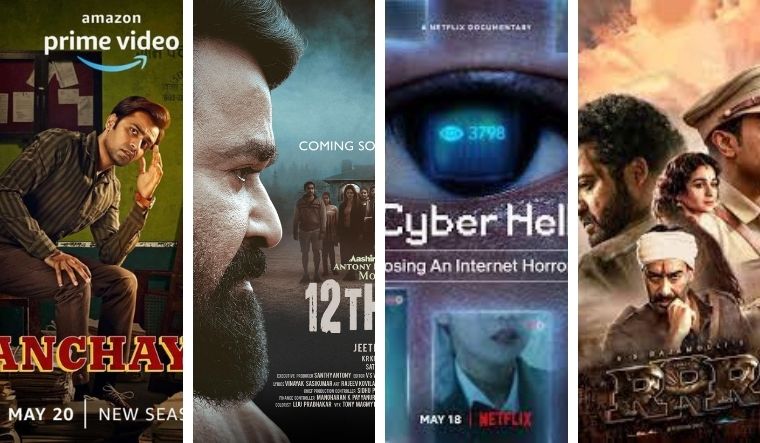 From crime thrillers to period dramas and a true-crime documentary, this weeks features an interesting lineup of releases on streaming platforms. The critically acclaimed sci-fi horror The Invisible Man released on Netflix on May 16. Inspired by H. G. Wells’ novel of the same name, the film features Elisabeth Moss, Oliver Jackson-Cohen, Storm Reid, Aldis Hodge, Michael Dorman and others in key roles.

Here is a quick at upcoming releases on various platforms:

This true-crime documentary exposes the horrors of online chat rooms. “Anonymous and exploitative, a network of online chat rooms ran rampant with sex crimes. The hunt to take down its operators required guts and tenacity,” reads the Netflix description. According to reports, the South Korean documentary revolves around 'Nth Room', one of the country's worst sex crimes ever.

The sci-fi thriller series marks actor Siddharth's OTT debut. Created and directed by Siddharth Kumar Tewary, Escaype Live will chronicle the "realities of social media in today's time". "Set in the landscape of contemporary India, the series explores the different journeys of six regular Indians as they struggle to win, fame and fortune on a social media app called Escaype live which promises big money to the winning contestant. Will the lines between the real and virtual begin to blur as they gear up for the contest?" the official synopsis from the streamer read. The series also features Jaaved Jaaferi, Shweta Tripathi Sharma and Swastika Mukherjee.

The mystery thriller, helmed by Jeethu Joseph, stars Mohanlal in the lead along with Unni Munundan, Anu Sithara, Saiju Kurup, Rahul Madhav, Priyanka Nair and Leona Lishoy among others. “12 strangers from different walks of life are invited by an unknown host to attend a private party at a solitary bungalow remotely off the city limts,” reads the description.

The popular comedy drama series, directed by Deepak Kumar Mishra, will feature actors Jitendra Kumar, Raghubir Yadav and Neena Gupta, who also starred in season one. Season followed the life of Abhishek Kumar) an engineering graduate, who joins as a Panchayat secretary in a remote village Phulera of Uttar Pradesh due to lack of better job options. The next season delves deeper into the equation between Pradhan, Vikas, Prahlad and Manju Devi along with Abhishek, who has now settled well into the life of Phulera.