Cannes: Only 5 female directors in competition this year, and that's a record 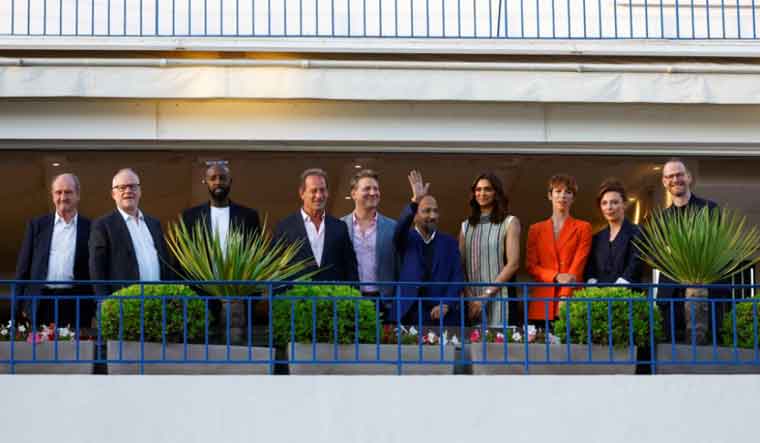 The 75th anniversary edition of the Cannes Film Festival kicked off on Tuesday. As the world's biggest celebration of cinema is back in full form after the pandemic, it is still facing criticism over under-representation of women filmmakers.

The female-directed films this year include Les Amandiers by Valeria Bruni Tedeschi, Showing Up by Kelly Reichardt, Stars at Noon by Claire Denis, Un Petit Frere by Leonor Serraille and Le Otto Montagne by Charlotte Vandermeersch and Felix Van Groeningen.

Nine films directed by women will be shown as official selections in the festival’s Un Certain Regard category (with total 20 films) , including Beast by Riley Keough and Gina Gammell, Corsage by Marie Kreutzer, Les Pires by Lise Akoka and Romane Gueret, Plan 75 by Hayakawa Chie, Rodeo by Lola Quivoron, The Silent Twins by Agnieszka Smoczyńska, Emily Atef’s More Than Ever, Maha Haj’s Mediterranean Fever, and Maryam Touzani’s The Blue Caftan in Un Certain Regard, plus Doroteya Droumeva’s The Vagabonds and Amandine Fredon’s Little Nicholas (co-directed with Benjamin Massoubre) in special screenings.

In 2018, Cannes became the first major film festival to sign the gender parity pledge. This move was triggered by a protest from women from the film industry, including jury members Cate Blanchett, Kristen Stewart and Ava DuVernay who demanded more representation for women at the festival. The demonstration’s organisers — French group 5050×2020 — had gathered to demand major changes to the festival. In 2018, prior to the red carpert protest, the group noted that only 82 films directed by women have competed for the Palme d’Or in Cannes’ history.

Speaking of this year's lineup, festival director Thierry Frémaux had recently told Variety that he was aiming to “hopefully” have a “stronger presence of female directors”.

The Cannes Film Festival runs from May 17-28 this year.