'I don't make it 'versus' thing in realm of arts': Ranveer Singh on north-south film comparisons

We are all a part of Indian cinema, he said 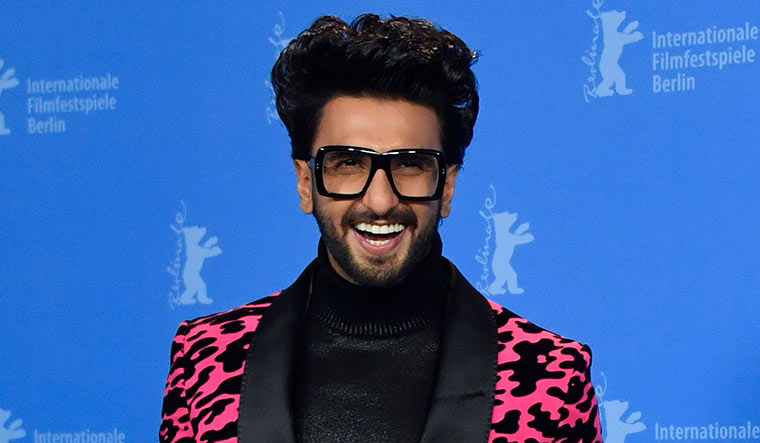 Commenting on the phenomenon of rising popularity of south films in the Bollywood-ruled north India, Ranveer Singh says he does not see it as 'them versus us' debate.

The actor said the creative field is a subjective medium and the concept of competition must not exist there.

"I don't make it a versus thing in the realm of the arts. For me, there are spheres in life where versus is fundamental to competition. I am very keenly interested in such spheres such as sports for example. I don't subscribe to this notion of versus or competing with one another.

"I fiercely protect my integrity as an artiste and art falls in the realm of subjectivity. There is no competition. I don't compete with my co-actors, be it with other films' artists. I can only appreciate other artists. I have never really looked upon it as 'them and us'. We are all a part of Indian cinema," Singh told PTI.

What is fundamental to India is its diversity, something he is "most proud of", the actor said.

"Even when I go across the seven seas and I meet all these prominent people and give them context to who I am, what I do, and where I am from, one of the first things that I never fail to mention is the most marvellous thing about my country is that just how diverse it is. In terms of demographics, geography, languages, cultures, cuisines... it's that aspect about my country that I feel is definitive of my country that I'm extremely proud of. So, we are all part of Indian cinema," he said.

The actor said he recently watched pan-India films such as Pushpa and RRR and was regaled by the "spectacle value" of these movies.

"I really enjoyed watching them. I laughed and clapped. More power to all of us who are part of Indian cinema."

Singh said he is thrilled about the record-breaking success of these films since they are helping the exhibition sector, which was heavily impacted by the Covid-19 pandemic, find its footing again.

"I am thrilled that these films are doing the kind of number that they are because as a champion of Indian cinema, I would like to see the theatrical experience and exhibition sector bounce back and that is happening. That is something to be very happy and proud about. I look upon them as my brothers and I'm very proud of the work they have done. They are making films that the audiences are loving and are flocking to see. I'm really happy about it," he said.

The 36-year-old, who is set to star in the Hindi adaptation of the Tamil blockbuster Anniyan with Shankar, said as an artiste and a film professional, one has to doff their hat to the filmmaking craft in such movies.

"The technical craft is so superior, the storytelling is top notch. If you are a true artiste and a sincere professional and if you have a degree of objectivity you can see that these are great films. When anyone does good, I will be the first one to stand up and applaud them for that."

Singh is looking forward to the release of Divyang Thakkar-directed Jayeshbhai Jordaar, which opens in theatres on Friday.