'Major' a pan-India film because of its emotion: Adivi Sesh 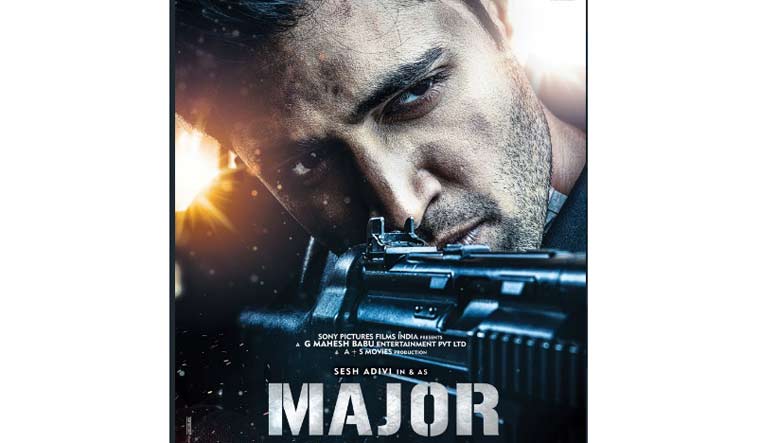 Actor Adivi Sesh says his upcoming film Major, a biopic on 2008 Mumbai terror attack martyr Major Sandeep Unnikrishnan, deserves a pan-India status because it's a story about an ordinary boy's transition into an extraordinary man.

The multilingual biographical drama, which will be released on June 3 in Telugu, Hindi and Malayalam, has been shot in all the three languages simultaneously.

Sesh believes the film will transcend the regional and language barriers because of its story. "This film means the world to me. Major Sandeep is India's son. We shot every scene and every shot in Hindi, Telugu and Malayalam to do justice to Major Sandeep's life. This film has been made and is being released in so many languages, not for the market but for the emotion. And that's why it is a big film," he said at the trailer launch of the film here on Monday.

Major is not jingoistic in its approach, said the 36-year-old actor, who has also penned the script. "There is a big difference between being patriotic and being jingoistic. Jingoism implies that we are better than others, on the other hand, patriotism means how much you are willing to do for your country," he added.

Sesh was living with the idea to make a film on Unnikrishnan for over a decade, and now that the movie is ready for its theatrical release, the actor-writer said he just wants a positive reaction from the martyr's parents, who have been closely involved with the film at every stage.

"My biggest achievement and the victory would be when uncle and aunty would see the film and feel that we have kept Sandeep's memory alive," he said, adding that the team has already screened the film for over 1500 people to a positive response.

The trailer was launched by Telugu cinema star Mahesh Babu, who has produced the movie via his banner GMB Entertainment in association with Sony Pictures Films India and A+S Movies.

The film is directed by Sashi Kiran Tikka, the brain behind Sesh's 2018 hit action spy thriller Goodachari. Tikka said Sesh was the one to bring him on board the project and he could relate to his passion for the story.

Sesh brought this film to me and I felt it's an important story that deserves to be told," the director said. Major also features actors Prakash Raj, Revathi, Sobhita Dhulipala, Saiee Manjrekar, and Murali Sharma.