Akshay Kumar on 'Prithviraj': An educational film, should be shown in schools

“I want every child, not just in India but in the world to watch the film” 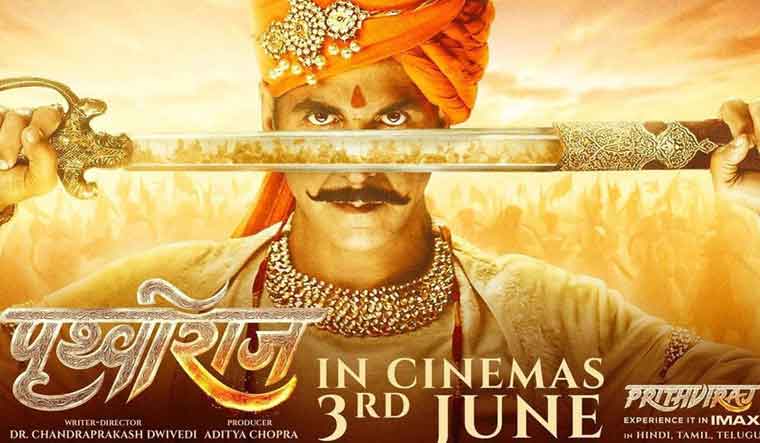 Superstar Akshay Kumar on Monday said his upcoming historical film Prithviraj should be mandatory viewing for children in schools as it talks about king Prithviraj Chauhan, who has been reduced to "only a paragraph" in history.

Directed by noted writer-director Chandraprakash Dwivedi, the film features Kumar in the titular role of the ruler. During the trailer launch event of the historical drama, the 54-year-old actor said he learnt about the life and times of Prithviraj through the book Prithviraj Raso and realised how little people know about the ruler.

"I was given a book to read, 'Prithviraj Raso' by Dr saab (Dwivedi). I read the book slowly and realised how big a warrior he was. But when we read about him in history, he was reduced to just a paragraph," Kumar told reporters.

The actor said Prithviraj can be best described as an "educational film" and hoped the younger generation watches it for better understanding of history."Today, I want every child, not just in India but in the world to watch the film. It is an educational film. You would want to show your kids what Samrat Prithviraj Chauhan's story was. I am extremely proud to work in the film. I wish my mother... If she was here, she would have been so proud," Kumar, who lost his mother last year, said.

The actor also requested the government to arrange the film's screening in schools so that it reaches a wider audience.

Kumar said Prithviraj has been painstakingly researched and chronicles only the "truth".

"I would also request the government that they make it compulsory viewing in school, so that the kids learn about our history, what and how everything happened.

"Everything you see in the film is true, it has indeed happened. But we don't know about it and I find this really amusing. Dr saab has been researching this for 18 years! That's the amount of hardwork he has put in the film," he added.

Dwivedi is best known for directing and starring in television epic Chanakya (1991) and the Partition feature film Pinjar (2003).

Backed by Yash Raj Films, Prithviraj is scheduled to release on June 3.