Hopefully, it's just a misunderstanding, the poet wrote after Kajal gave her credit 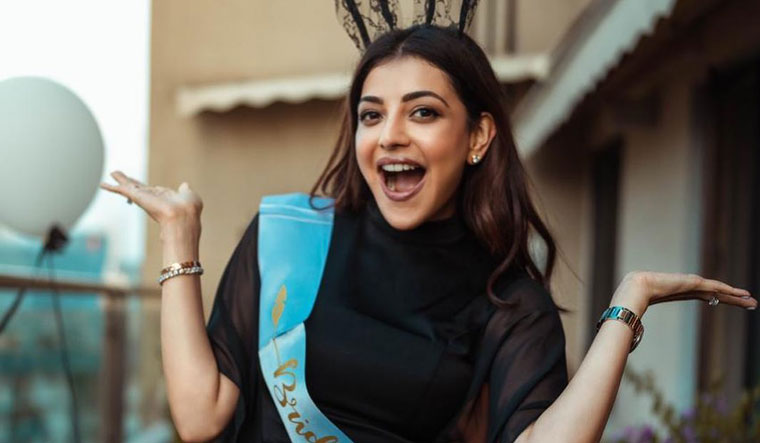 On the occasion of Mother's Day on Sunday, actor Kajal Aggarwal posted a few lines from a poem on Instagram to mark the day. The actor had failed to give credit to the author and had even edited a few lines, suggesting that she herself may have written it.

However, she was called out soon, by the poet, Sarah, who goes by the Instagram handle name Matrescent Muse.

"My Dear Mum poem passed off as original work by @kajalaggarwalofficial. Even the caption is copied with a few words swapped out haha. If anyone has time to comment on her post asking her to give me credit, would hugely appreciate it!! Hopefully a misunderstanding..." the poet wrote, in a now deleted Instagram Story.

She wrote in another Story: "If anyone has time to visit her page and tag me in the post, that would be great (folded hands emojis) for someone with this many followers it will probably get ignored but it's pretty disappointing! The weird copy of my original caption with a few words swapped out makes me think it isn't an honest mistake. @kajalaggarwalofficial."

Later, the actor edited her post. Kajal shared the entire poem "Dear Mother' and gave credit to Sarah. "I love you @vinayagg2060 you’re the most special person in my life! Thank you for being the best nani to Neil. ❤️ Poem courtesy - @matrescentmuse," she wrote, sharing the poem.

After the actor made the edit, Sarah took to another Instagram Story to say, “Wow, thanks for the support, everyone! Hopefully, it's just a misunderstanding! I submitted a copyright infringement report via Instagram anyway, which should encourage for credit to be given.”