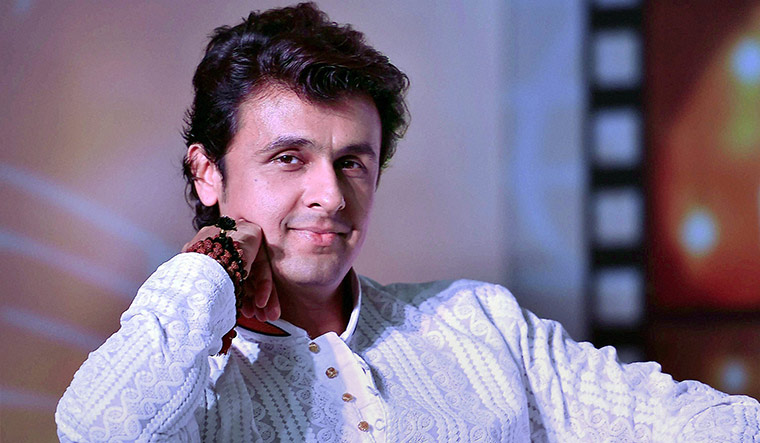 Singer Sonu Nigam says Hindi is not the country's national language and attempts to impose it on non-Hindi speaking citizens will only create rift within.

The singer's comments come days after Bollywood actor Ajay Devgn and Kannada actor Kichcha Sudeep engaged in a Twitter spat over Hindi being a national language.

At an event here on Monday, when Nigam was asked about his stand on the debate, the singer said he was puzzled that this was even a topic of discussion.

India doesn't have a national language, and Hindi and Kannada are among the 22 languages listed in the eighth schedule of the Constitution. Both Hindi and English are official languages.

Nigam, who has sung songs in several Indian languages like Tamil, Kannada, Telugu, Gujarati, Malayalam, and Bengali, said one should not impose Hindi on others.

"Why are we doing this? Why is this discussion even happening? Look around your neighbouring (countries) and you are creating a rift within our country, saying, 'You also speak Hindi'. But why should they? Let people speak what they want to, why are you after them that only one language will be spoken in the country,” he said.

The 48-year-old singer said if non-Hindi speakers are more comfortable in English, it should not be an issue.

"Punjabis can speak in Punjabi, Tamilians can talk in Tamil and if they are comfortable they can talk in English. All our court judgements are given in English, what is this humein Hindi bolna chahiye' (We should speak in Hindi). To impose something like this in our country or to say, 'We are superior, you learn our language' but how can they?

"They are not proficient in Hindi, they are more comfortable in English, which has become a part of our culture and society. Let's not divide people further in the country, bohot jhamele already chal rahe hai (There are already a lot of issues), let's not create another issue."