BTS announces new album, to be out on June 10 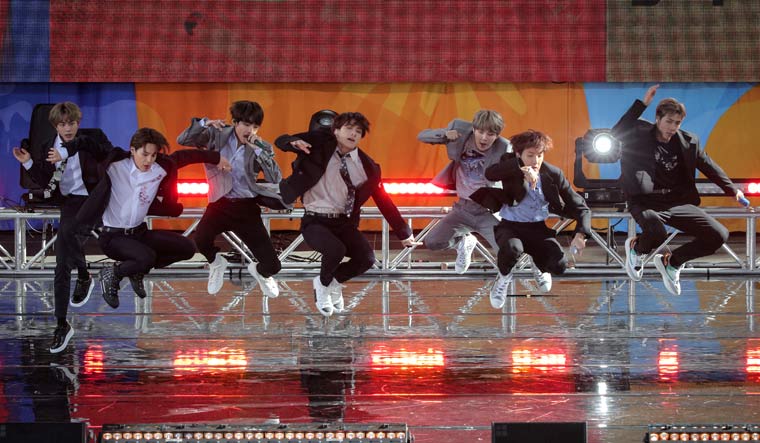 The development of the new album comes as BTS complete their 'Permission to Dance On Stage' tour at Allegiant Stadium in Las Vegas, US.

Details on the new album will be provided in a separate notice at a later date, they added.

"We look forward to your love and support for BTS' new album," BigHit said.

The official BTS Twitter page also dropped an announcement teaser covering the journey of the band that started in 2013.

Many members of the ARMY, the fan group of the Grammy nominated band, took to social media and asked if the name of the new album was 'WE ARE BULLETPROOF'.

Post 'BE', BTS released two back-to-back English singles "Butter" and "Permission to Dance" in May and July 2021, respectively.

They were nominated for the second time for a best pop duo/ group performance Grammy for "Butter", but lost out to Doja Cat and SZA's "Kiss Me More".