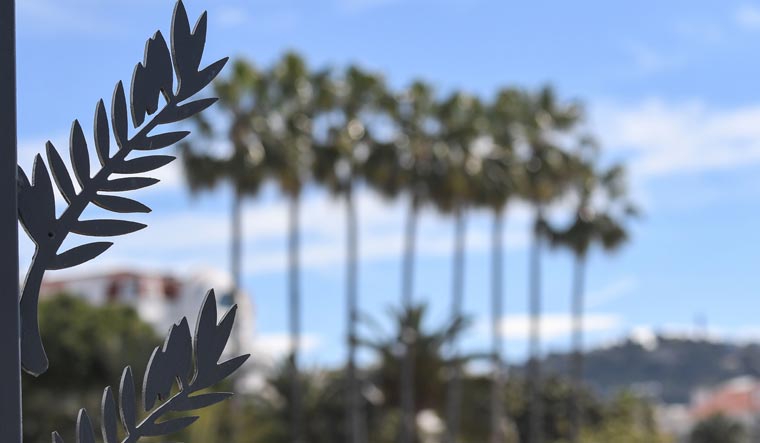 Palms, similar to the Palme d'Or, are seen in front of a view of the city of Cannes | AFP

Delhi-based filmmaker Shaunak Sen's documentary All That Breathes will premiere in the Special Screening segment at the upcoming Cannes Film Festival, the organisers announced Thursday.

The announcement was shared on the official Twitter page of the film gala.

All That Breathes follows two siblings, Mohammad Saud and Nadeem Shehzad, who have devoted their lives to rescue and treat injured birds, especially the Black Kites. Working out of their derelict basement in Wazirabad, the Delhi brothers become the central focus of the film and their story zooms out to document a larger snapshot of the city, where the air is toxic and the ground is on a slowburn of social turmoil.

In January, the 90-minute long film won the World Cinema Grand Jury Prize: Documentary at the Sundance Film Festival, a film gala that promotes independent cinema and filmmakers. It is Sen's second directorial after the acclaimed 2016 Cities of Sleep, which was about the homeless scouting for places to sleep in the capital.

Sen has also produced the acclaimed documentary with Aman Mann and Teddy Leifer. Also part of the Special Screening line-up at Cannes are Jerry Lee Lewis: Trouble in Mind by Ethan Coen and "The Natural History of Destruction" by Sergei Loznitsa. Meanwhile, South Korean star Lee Jung-jae's directorial debut Hunt will premiere in the Midnight Screening section of the prestigious film gala.

The 75th edition of the Cannes Film Festival runs from May 17 to 28.