Kangana Ranaut's 'Dhaakad' to release on May 20 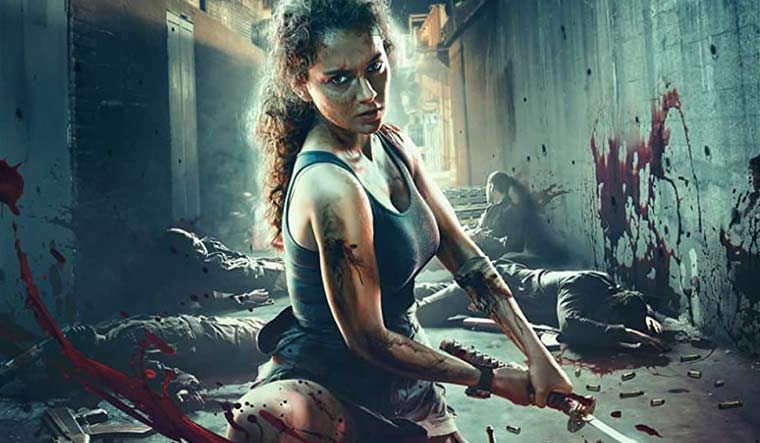 Bollywood actor Kangana Ranaut-starrer Dhaakad will be released theatrically on May 20, the makers announced on Tuesday.

The action movie is directed by Razneesh Razy Ghai and produced by Deepak Mukut and Sohel Maklai.

The 35-year-old actor stars in the movie as Agent Agni.

“I enjoyed the love and admiration that came my way for the way I pulled off the action scenes in Manikarnika: The Queen of Jhansi. In our cinema, we rarely have heroines performing action scenes in the real sense. When Dhaakad came my way, I felt happy to see that someone had dared to visualise a woman in a hardcore commercial film as an action heroine. I am all for dare-devilry and doing something that pushes the envelope. There is nothing that does it like a good commercial film," the 35-year-old actor said in a statement.

Razy Ghai lauded the National Award-winning actor, saying that she has worked hard for the movie.

“While constructing this character, we were clear that Agent Agni had to be one of a kind. We have seen no one as feisty and bold as her. It was reassuring to have someone like Kangana Ranaut with us who not just worked on the looks of her character, but went all out to get in perfect form for Dhaakad. She also got into the mind space of the character wonderfully," the director said.

Mukut said he hopes Dhaakad sets new standards in how women-led actioners are designed in Bollywood.

“We wanted a slick and engaging action thriller and we went all out to just make that with full gusto and all heart. The film has a sensitive subject at its core and I laud at how it's been rendered on screen. It's entertaining and a rollercoaster ride that I relished making," the producer said.

Maklai said he is happy that Ranaut has taken the film to the heights that the team had envisioned.