Rajinikanth to team up with director Nelson for his next

This is their first collaboration 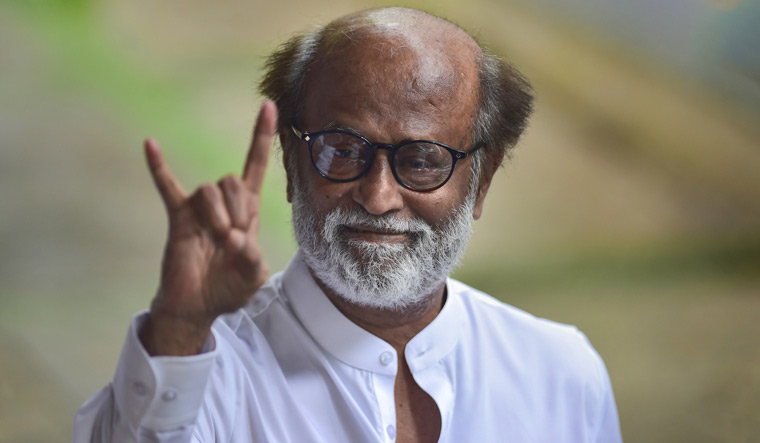 Actor-turned-politician Rajinikanth gestures during a press conference to announce the launch of his political party in January 2021, in Chennai | PTI

Superstar Rajinikanth is set to team up with filmmaker Nelson for his next project, tentatively titled "Thalaivar169’, the makers announced Thursday.

The project will mark the first collaboration between the 71-year-old star and Nelson, known for films like the Tamil comedy Doctor and the upcoming Vijay starrer action thriller Beast.

The official Twitter account of Sun Pictures, the production house behind the film, shared a one-minute announcement video of the project, featuring Rajinikanth, Nelson and music composer Anirudh.

Nelson wrote he was thrilled to collaborate with Rajinikanth for the film.

"Feeling elated to announce my next film with the legendary superstar @rajinikanth sir, happy to have associated with @sunpictures and my dearest friend @anirudhofficial  once again! #respect #humbled #thalaivar169," the filmmaker tweeted.

Rajinikanth was last seen in the 2021 actioner Annaatthe, directed by Siva.