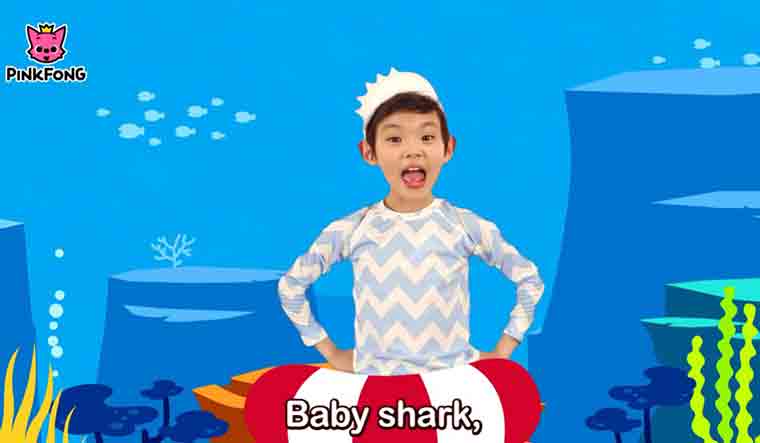 The song had become the most-viewed YouTube video of all time in November 2020. It outdid the popular song 'Despacito' by Luis Fonsi and Daddy Yankee.

Produced by South Korean educational entertainment company Pinkfong, the song features animated baby sharks, and children singing 'Baby Shark dooo doo doo doo doo'. The song, with its peppy music and repetitive lyrics, has been a favourite ever since it released on 2016.

“It has been a truly meaningful journey to witness how Baby Shark has connected people around the world, and we can’t wait to introduce Baby Shark’s further adventures that will bring unparalleled experiences to even more fans everywhere,” the production house said in a statement. On its Facebook page, Pinkfong asked viewers to share their 'Baby Shark Dance' moments with them.

It made its way into the global music charts, reaching the number 32 spot on the Billboard Hot 100 in 2019.

The song also has many adult fans with celebs recreating versions of the song through the years.