“I love Hindi cinema. I have grown up watching it,” he said 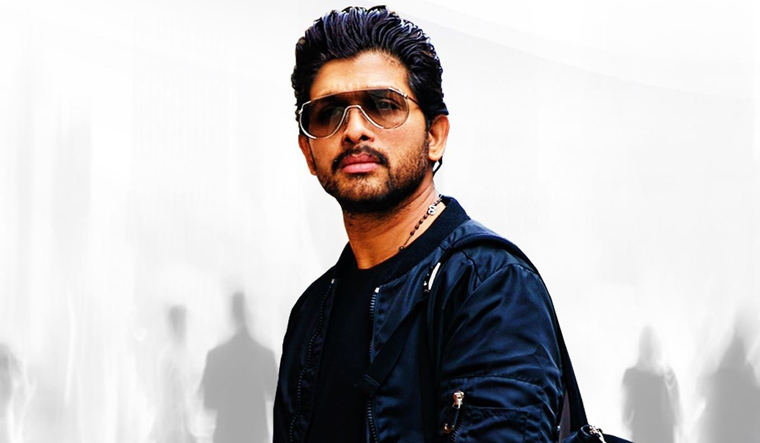 Telugu actor Allu Arjun, on Thursday, said he received several offers to star in Hindi films but is waiting for the right opportunity as making his Bollywood debut will be a milestone in his career.

Arjun, one of the biggest stars of Telugu cinema, says doing a Hindi film has been on his mind for quite some time and he has been in conversation with a few filmmakers for "something big".

"I love Hindi cinema. I have grown up watching it. I definitely want to do a straight Hindi film. It will be a landmark point in my career and I want to make the best possible choice for it. There have been a few offers but nothing really interesting or exciting has come up," he said.

The 39-year-old old actor is known for films like the Arya franchise, Julayi and his 2020 blockbuster Ala Vaikunthapurramuloo.

Whenever he makes his Bollywood debut, Arjun said, he would want the project to be as massive as his past films in Telugu cinema.

The actor was speaking at a special event of his latest, Pushpa: The Rise, helmed by filmmaker Sukumar.

The thriller will be released in cinema halls in Telugu, Tamil, Hindi, Kannada and Malayalam on Friday.

Arjun said he is keen to mount all his future films as "pan India" projects as language is no longer a hindrance.

"I would like to make everything pan India... Language is no barrier for cinema. I would say we should go for a multi-language release and see how far we can go as Indian cinema."

The actor said the divide between the north and south is already fading and it is about time industries come together to make films that are not slotted according to the region they are made in.

"In the 2000s, there was a clear divide between north cinema and south cinema. In the last decade, we slowly saw the gaps bridging. Today, we see everyone is familiar with each other. In the near future, the lines will be so blurred that you won't come to know where the films are coming from."

This, Arjun said, has become possible thanks to the penetration of streaming platforms across the country which has made geographical boundaries and language barriers invisible.

"It won't be about north actors or south actors but about Indian cinema. There is a wonderful platform like OTT which has given opportunities to so many actors, filmmakers, technicians and has opened up amazing horizons for us in the entertainment industry.

"Not just cinema, but I feel the Indian entertainment industry is going to be the biggest industry across the globe."