What would have happened to me if I did not have security with me, she said 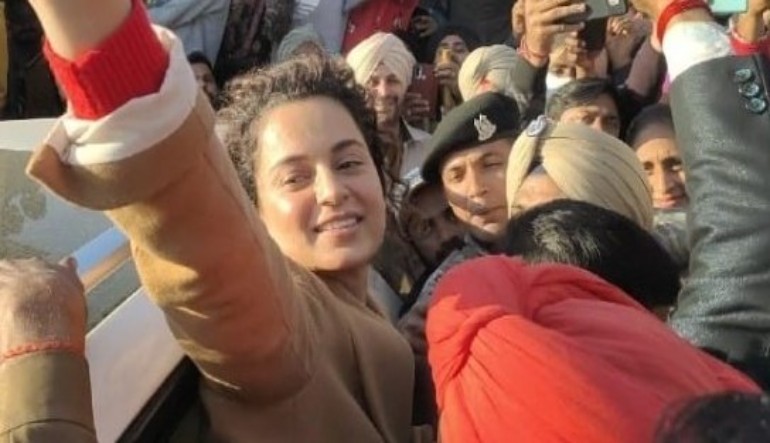 Bollywood actor Kangana Ranaut, who had often criticised farmers who were protesting against the three controversial farm laws which have now been repealed, faced the wrath of farmers during a visit to Punjab.

Farmers stopped the actor's car in Bunga in Ropar district of the state, and protested against the actor's comments. From claiming that Bilkis Bano, known as ‘Shaheen Bagh Dadi’, was present at the farmers' protests and is available for ‘hire’ to allegedly calling the protestors "Khalistani terrorists," Ranaut has been fiercely criticising the farmers over their protests.

On Friday, taking to Instagram stories, the actor posted a clip of her car being blocked by protestors, with the caption, “As I entered Punjab, a mob has attacked my car… They are saying they are farmers."

In another video, she claimed that she is being attacked by people who claim to be farmers and they are threatening to kill her. "Mob lynching is taking place openly in the country. What would have happened to me if I did not have security with me. The situation is unbelievable"

Many people are playing politics in my name, she said.

In another video, she is seen trying to talk to a few women who surrounded her car. When one women is heard asking the actor to think before she speaks, the actor said she wasn't speaking about the women of Punjab but those protesting at Shaheen Bagh.”

In another story, Ranaut said she managed to get out of the situation and that she is safe. The actor thanked her well-wishers and Punjab police.

A few days ago, reacting to the government decision to repeal the farm laws, the actor had said on social media, "Sad, Shameful and absolutely unfair.

"If people on the street have started to make laws and not the chosen government in the parliament then even this is a jihadi nation.... Congratulations to all who wanted it like this," she had said.