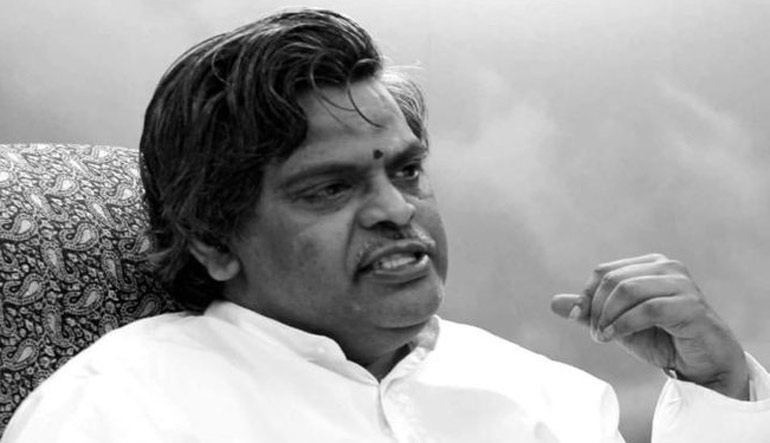 Veteran Telugu film lyricist 'Sirivennela' Sitarama Sastry, a recipient of the Padma Shri and numerous other awards, died due to lung cancer-related complications at a private hospital in Hyderabad on Tuesday.

Sastry was admitted to the hospital on November 24 with pneumonia and was in the Intensive Care Unit. He was put on ECMO to support his lungs with medical professionals closely observing his condition, the hospital said in a release.

Sastry, who has left an indelible impression on Telugu speaking people with his magnificent songs in films like Sirivennela, Swarna Kamalam, Subha Lagnam, Rudraveena and a number of others, became popular with veteran director K. Viswanath's film Sirivennela in 1986.

He came to be known as 'Sirivennela' Sitarama Sastry though his surname is Chembolu.

Since then, he has penned about 3,000 songs and bagged the Andhra Pradesh government's Nandi award several times, besides other honours.

He formed a powerful combination with legendary playback singer S.P. Balasubrahmanyam, especially in the films of K. Viswanath.

The songs of Sastry, sung by Balasubrahmanyam, captivated the audience, be it those of the Carnatic classical music genre or peppy mass numbers.

Condoling his death, Vice President M. Venkaiah Naidu said he was among those who admired the songs of the departed lyricist.

Sastry gave primacy to Telugu language and values in his songs, the vice president said.

Naidu said he enquired with the doctors treating Sastry after coming to know about his ill-health and had hoped for his recovery.

He conveyed his condolences to Sastry's family members.