'83' trailer out: Ranveer Singh as Kapil Dev leads a team 'no one believed in' 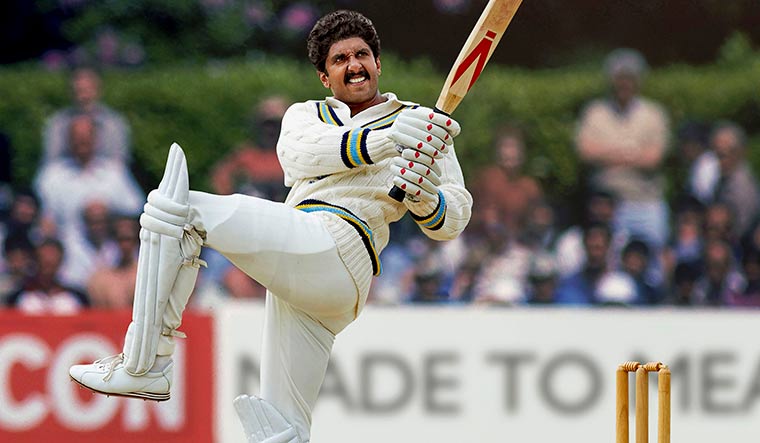 Ranveer Singh as Kapil Dev in the film ‘83 | PTI

The trailer for 83, the upcoming sports drama based on Team India’s victory at the 1983 Cricket World Cup, was unveiled on Tuesday.

Directed by filmmaker Kabir Khan, 83 chronicles India's win under Kapil Dev's captaincy, when the team defeated West Indies in the final to clinch their first-ever World Cup trophy in 1983. The trailer opens at India's match against Zimbabwe on June 18 in 1983 in England, and shows the Indian team faltering on the field. It also gives a glimpse of how the Indian team was treated poorly when compared to the West Indies team. Ranveer as Kapil, tells a press conference that the team is here to win. His statement, however, is met with mockery. In the second half of the trailer, the Indian team makes a stunning comeback, and the rest is history.

Deepika Padukone essays Romi, Kapil's wife, in the film that will hit the screens on December 24.

The film will be released in Hindi, Tamil, Telugu, Kannada and Malayalam. Kamal Haasan's Raajkamal Films International and Akkineni Nagarjuna's Annapurna Studios have joined hands with Reliance Entertainment to present the Tamil and Telugu versions of the film.