We don't need reference, we are reference: Manoj Bajpayee on 'The Family Man' 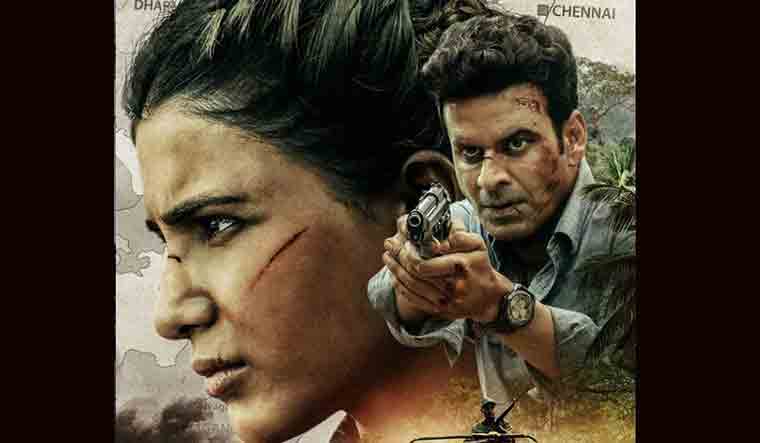 National Award winner Manoj Bajpayee on Sunday he didn't require any reference point to play the role of Srikant Tiwari in his hit Amazon series The Family Man as he just had to look at his own life or the people around him.

Bajpayee, the star of movies such as Satya, Shool and Gangs of Wasseypur, has become even more popular countrywide courtesy the role of Srikant Tiwari, an intelligence officer trying to balance his personal and professional life.

Speaking at a panel discussion on the sidelines of the ongoing International Film Festival of India (IFFI), the actor said as someone who belongs to the country's middle class, he didn't have to base the character on some other person.

"They are the people who are travelling in the trains every day at five o'clock in the morning, reaching their offices and then going back to their respective homes. All of them are Srikant Tiwari. They are the references and I have too many experiences. So leading a middle-class life has definitely helped me in creating Srikant Tiwari," he said.

He was speaking at the panel discussion 'Creating Cult Icons: India's own James Bond (007) with The Family Man' via a video call. His co-star Samantha Ruth Prabhu from "The Family Man" as well as the show's creators Raj Nidimoru and Krishna DK were present on ground for the panel here.

Bajpayee said the series came to him at a time when he was flooded with offers from various digital platforms but he was afraid about taking them up as he saw the content being confined to a "template" on the web.

"At that time, there were a few of the series that garnered quite a lot of curiosity and excitement from the audiences but at same time, there was a template that makers were following which include blood, gore and pistols," Bajpayee said.

As a performer, the actor said he was influenced by many cinema stalwarts in his life, but it was only later he realised that his own experiences as a human being will help him pull off a character.

"This is the journey of an actor who was going through workshops and training, the theatre or performing in films. But at the end of the day, he is trying to find his voice. But it has never been a conscious journey. We have all been influenced by the performers you see growing up. For me, it was Amitabh Bachchan, Naseeruddin Shah and Om Puri. It was Robert De Niro later on and then Al Pacino.

"But at the end of the day, no matter how many performers inspire you or how many plays you do, it all comes down to your own experience, and how well your experiences and interpretation of life can help you adopt a character."

When he performs on screen, he said, there's always a part of his own life that he shows to the audiences.

"I believe that the character I'm performing has to represent the massive population that are having similar experiences.

"So be it Srikant Tiwari, Samar Pratap from 'Shool', Bhiku Mahatre from 'Satya' or Sardar Khan from 'Gangs of Wasseypur', they have to look like the population they are coming from. But I never try to make them larger than life. I leave it to the audiences."

Ruth Prabhu, who played the ruthless Raji, a Sri Lankan Tamil liberation fighter in the second season of The Family Man, said the role gave her an opportunity to play a multi-dimensional character.

"As an actor, I always want to push my boundaries and explore unfamiliar emotions. Women actors tend to get unidimensional characters and it becomes difficult to portray them as there is fear of your performance becoming repetitive. With Raji, it was so different and exciting as it allowed me to explore a new dimension," she added.

The 34-year-old actor, whose credits include Telugu and Tamil films like Eega, Mahanati, Mersal, and Super Deluxe, said she decided to take a risk with the character as she wanted to grow as an artiste.

"I wanted to take a risk so that there was a growth for the actor that I am. It was a decision that has benefited me tremendously. It has opened up so many new avenues for me. Also, the audiences nowadays are kind of able to separate the character from the actor," she added.