Puneeth, 46, died in Bengaluru on Friday following a heart attack 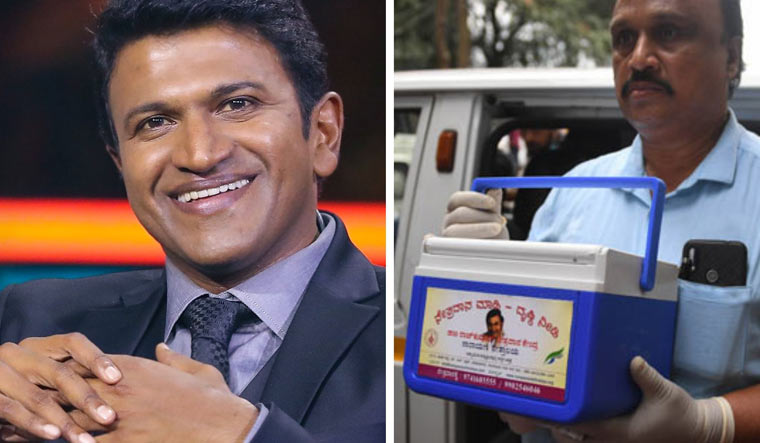 The eyes of Kannada actor Puneeth Rajkumar, who passed away on Friday, were donated to a donation centre, named after his father late Rajkumar, located at Narayana Nethralaya.

Puneeth, 46, died in Bengaluru on Friday following a heart attack.

A statement from the hospital earlier said Puneeth "was brought to the emergency department, Vikram Hospital with history of chest pain at 11:40 am, he was non-responsive and was in Cardiac Asystole and Advanced cardiac resuscitation has been initiated."

Paying tributes to the actor, fondly called 'Appu' by his fans, Prime Minister Narendra Modi said the coming generations will remember him fondly for his works and wonderful personality.

Modi tweeted, "A cruel twist of fate has snatched away from us a prolific and talented actor, Puneeth Rajkumar. This was no age to go. The coming generations will remember him fondly for his works and wonderful personality. Condolences to his family and admirers. Om Shanti."