With actor Karthi in the lead, Suriya and Jyothika will bankroll the film 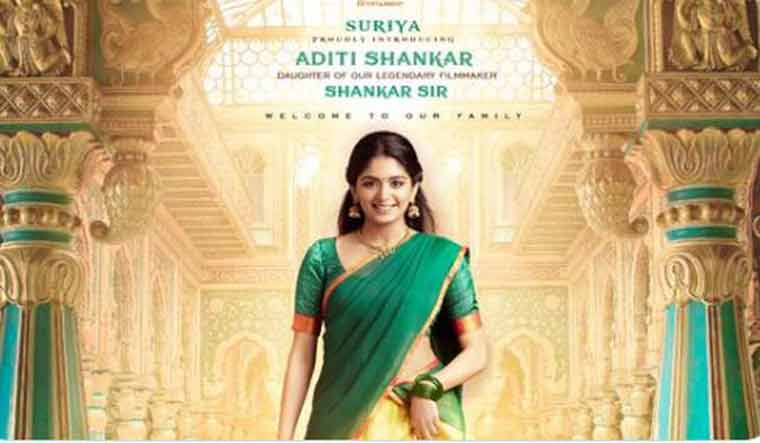 Actor Suriya and Jyothika’s 2D Entertainment is all set to bankroll a family entertainer Viruman with actor Karthi in the lead. Directed by Komban fame Muthaiya, Viruman has a new face from the Tamil cinema industry. Suriya on Monday unveiled the first look poster of Viruman.

The film which marks the debut of Shankar’s daughter Aditi will be a family entertainer with Suriya’s brother Karthi in the lead. Karthi, who is now shooting for Mani Ratnam’s Ponniyin Selvan, will soon start work in the sets of Viruman, said industry sources. Apart from Karthi, Viruman will also have leading stars like Prakash Raj, Soori and Raj Kiran. Yuvan Shankar Raja is all set to do the music for Viruman, slated for release by early 2022.

Sharing the poster of Viruman, with Aditi dressed in a traditional half sari, Suriya tweeted: “A very warm welcome to Aditi Shankar! You are going to win everyone’s heart. God bless.”