My films are an extension of my ideology: Director Pa Ranjith

'Sarpatta' deals with ground realities of working class in most natural way, he said 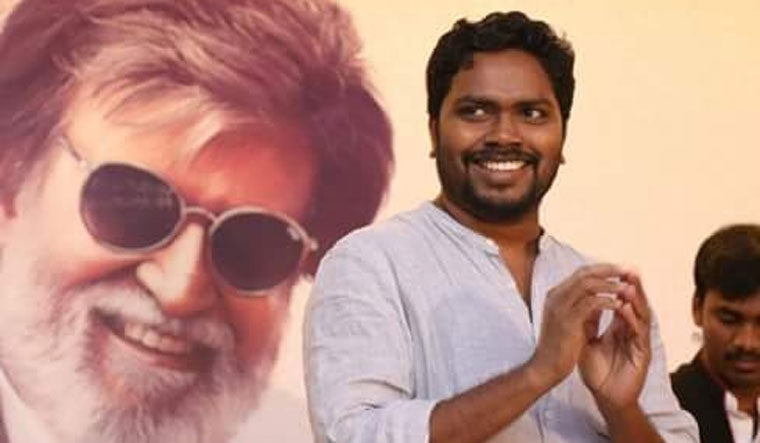 Politics will always form an important backdrop in his cinema whether it is speaking about Dalits or breaking the stereotypical image of the subaltern culture, says director Pa Ranjith.

Ranjith, one of the most celebrated contemporary directors in Tamil cinema with films such as Madras and Rajinikanth-starrers Kabali and Kaala to his credit, explores the boxing culture of north Chennai in his latest film Sarpatta Parambarai.

According to the director, his past movies as well as Sarpatta deal with the ground realities of the working class in the most natural way possible.

"My films are an extension of my ideology," Ranjith said.

"I have brought sports into the framework of political drama for this project. Be it speaking about Dalit politics or breaking the stereotypical image of subaltern culture, I have always tried to convey this important message through my movies," he told PTI in an interview.

Since his new film, starring Arya, Pasupathy, Kalaiyarasan, and Anupama Kumar, is set in the ''70s era, political backdrops like Emergency and party politics as well as the split of the DMK and AIADMK are also a part of the story.

Sarpatta is something of a dream come true as Ranjith first thought of making the film right after his directorial debut in 2012 with Attakathi.

"I tried to show the clan's culture and their honour linked to their Sarpattai clan and sport. Also, the 1970s was a very crucial period as only two parties - the RSS and DMK in Tamil Nadu (under the leadership of late CM Karunanidhi) had opposed the Emergency. The Communist Party (of India) had supported the Emergency.

"We had to properly handle these political aspects in minute proportions in the movie though the film is not based on Emergency, which serves only as a political backdrop," the 38-year-old filmmaker said.

Ranjith, who also runs his own production house Neelam Productions and social work initiative Neelam Culture Centre to work on a number of films and documentaries on social justice, also wanted to "break the general stereotype of the Dalit culture in north Madras" through the film.

American boxing legend Muhammad Ali, born Cassius Clay, was a huge figure in the Dalit culture during that era, he said.

"I feel he was a social reformer and not only a boxer. He refused to fight against the Vietnamese (citing his religious beliefs and ethical opposition to the American involvement in the Vietnam War). He was also against racism, white supremacy and boldly wanted to retain his identity with his name Muhammad Ali. So, he stands out to be a great inspiration for many from the working class because they always felt connected with his macho looks, warrior spirit and also because of his skin colour," Ranjith said.

The filmmaker, who will make his Hindi directorial debut with the biopic of Birsa Munda, was full of praise for the work being done by Neeraj Ghaywan of Masaan fame and Sairat director Nagraj Manjule.

He said the popularity of digital platforms gives filmmakers space to make progressive cinema and one should use the platform to tell stories that spark a discussion.

"... we must make use of these platforms for wider discussions and breaking stereotypes on oppressed classes. So, though we have struggles and challenges, I don't subscribe to the stereotypical portrayal of Dalits as a rebellious group involved in fights and protests for example. We have progressed and we also live normal lives with great culture and rituals amidst the prevailing challenges," he said.

Ranjith hopes to finish the scripting on the Birsa Munda film by August end and then finalise the cast.

Munda was a tribal freedom fighter and folk hero, who fought the British oppression in the late 19th century.

Ranjith said through the biopic, he wants to clear some misconceptions about the freedom fighter while focusing on his life and contribution to society.

"He was a revolutionary who fought against landlords and against religions... His story is so politically relevant with regards to the current times," he added.

As a longtime follower of Dr B.R. Ambedkar, a key architect of India's constitution, Ranjith said the teachings of the social reformer have helped him in his work.

"I want to open up a discussion through my cinema. I am not sure if cinema can create a change in society but it can definitely influence. I believe that my past work on social justice and Dr Ambedkar's works have helped me in creating an impact while talking about politics and other issues through my cinema," he added.

Sarpatta, starring Arya will be released on the streaming platform Amazon Prime Video on Thursday.