Shame on you, wrote Urmila Matondkar 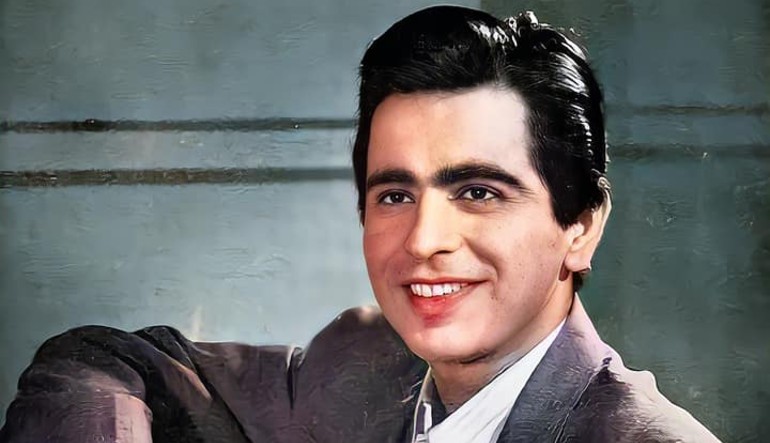 Actor-politician Urmila Matondkar criticised BJP politician Arun Yadav after he claimed that screen icon Dilip Kumar, who passed away on Wednesday, used a Hindu name to earn money as an actor.

One of India's finest actors who ruled the hearts of generations, Kumar was born Mohammed Yousuf Khan on December 11, 1922 in Peshawar, Pakistan.

Devika Rani, who was the head of the Bombay Talkies where he joined as an actor, rechristened him as Dilip Kumar.

Kumar, who died at a Mumbai hospital on Wednesday morning after prolonged illness at the age of 98, was remembered by many on social media who called his demise an irreparable loss to Indian cinema.

"The death of Mohammad Yusuf Khan (Dilip Kumar), who earned money by keeping a Hindu name in the film world, is an irreparable loss to the Indian film industry! Deepest condolences to the bereaved family. Hope God gives peace to the departed soul," Yadav wrote in Hindi.

Reacting strongly to his tweet, Matondkar expressed her anguish as she wrote "Shame on you", with a thumbs down emoji.

Yadav's tweet also drew criticism from other Twitter users who called out the politician for his remarks.

"Shame... How can you post something like this on someone's death. What is the problem if a Muslim has a Hindu name? And if a Hindu has a Muslim name, then also there is a problem. Please grow up and be a good human being, you will feel good," a social media user wrote.

Another user said Kumar's contribution to Indian films trumps all such comments made in poor taste.

"... Yusuf Khan aka Dilip Kumar made India known and famous through the whole world (sic)," a tweeple noted.

Kumar, known to generations of film-goers as ''tragedy king'' for his portrayal of the brooding, intense romantic, starred in classics such as 'Mughal-e-Azam' and 'Devdas'. Also called the Nehruvian hero, he made his acting debut with 'Jwar Bhata' in 1944.

In his five-decade career he worked in 65 films which included titles like 'Naya Daur', 'Madhumati' and 'Ram Aur Shyam' in which he starred as the leading man.

In his twilight years, he graduated to character roles in films like 'Shakti' and 'Karma'. His last on-screen appearance was his last 'Qila' in 1998.