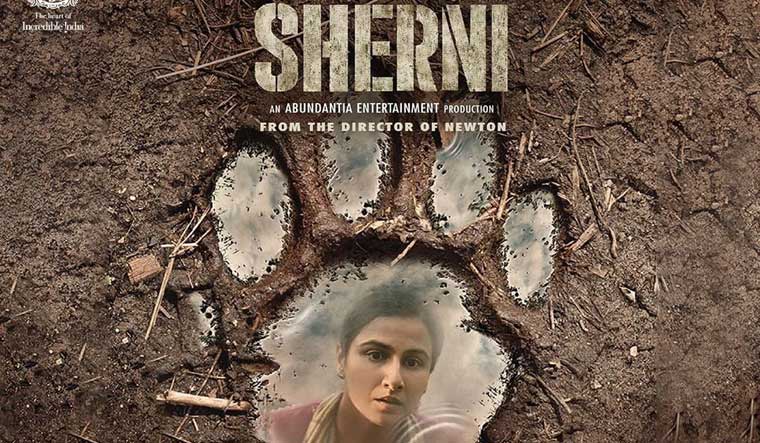 Madhya Pradesh’s natural beauty, jungles, heritage and tourism potential will be showcased and promoted through the Vidya Balan-starrer Sherni that will be released on June 18. Sherni was extensively shot in locales of Madhya Pradesh.

The MP tourism board (MPTB), on Wednesday, entered into collaboration with the producers and director of the film, to be released across more than 240 countries and territories on Amazon Prime, for joint marketing and promotion of Sherni.

Principal secretary, department of tourism and culture, Sheo Shekhar Shukla, told THE WEEK that this is the first time that such a co-promotion effort is being taken up between the MPTB and producers of a movie shot in Madhya Pradesh.

Sherni has been extensively shot in real and picturesque forests and locales of Madhya Pradesh, including Bhoot Palasi in Delawadi forests of Raisen district, in and around the Kanha National Park in Mandla district and parts of forests and other locations in Balaghat district.

The collaboration for joint promotion is between MPTB and producers – T-Series and Abundantia Entertainment. There will also be engagements with the lead actor Vidya Balan and director of the film Amit Masurkar, Shukla told The Week.

In a formal statement released on occasion of the inking of the collaboration on Wednesday, Shukla said, “Right from the time we first heard the story of Sherni, we knew that it would be a suitable vehicle for us to showcase the beauty and heritage of Madhya Pradesh’s jungles to the world. MP tourism has been at the forefront of joining hands with our state’s forest department to work on forest conservation and thrilling wildlife tourism experiences. I am delighted that Sherni will now not only put our state’s beauty for the world to see but will also draw attention to various unique initiatives like wellness tourism, tribal art and culture, handicrafts and the friendliness of MP’s people.”

Sherni is a story set in the backdrop of man-animal conflict where a forest officer (Vidya Balan) must work through the social barriers set by a patriarchal society and the languid attitude within her department. As she leads a team intending to capture a tigress, she battles obstacles and pressures, both natural and man-made.

Vidya Balan was quoted by a MPTB press release as saying, “It was the experience of a lifetime for me to shoot our film at real and live locations in the forests of Madhya Pradesh. The beauty and heritage of the state provided the perfect backdrop to our film’s story and has hopefully created a unique world for the audience to come in to. I really enjoyed shooting across MP and its people make it even more special.”

Rajnish K. Singh, assistant conservator of forests of MP forest department, said, “We are proud that the work that has been done on a daily basis by our department is now going to be there for the world to see, especially with Vidya Balan playing a forest officer. We can’t wait for the world to see our amazing forests and the experiences they offer,” the release added.

The collaboration alliance between MP Tourism and Sherni will see the launch of a co-branded advertising campaign, engagements between MP forest department officials and the cast and crew of the film as well as several other ground level initiatives to boost tourism in the state, the release added.