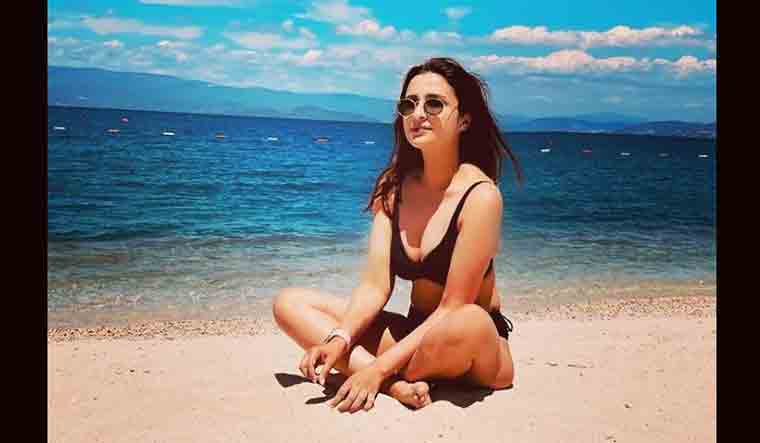 Actress Parineeti Chopra is currently vacationing in Turkey, and her beach pictures are trending on the internet. Parineeti, dressed in a black bikini, captioned the picture: "I was doing Pranayama before this photo. Ok that's a lie."

Replying to this, her cousin Priyanka Chopra said she was feeling jealous. I'm soooo jealous."

In a Ask Me Anything session for her fans on Instagram, she addressed concerns about how she was able to travel amid the pandemic. “I wanna address this since most people are not able to travel from India. I have been outside the country since March. I am lucky enough to be able to travel freely in these difficult times. And I am not taking this blessing for granted,” she said.

Parineeti was last seen in Sandeep Aur Pinky Faraar, alongside Arjun Kapoor. Sandeep and Pinky Faraar, where Parineeti plays Sandeep, a bank executive, and Arjun is Pinky, a suspended cop, takes off from the usual road thriller to veer into different paths. Apart from the gender flip on the names, the film also delves into the themes of masculinity and patriarchy through its story of two runaways, belonging to different classes, and the people they encounter on the way. Sandeep Aur Pinky Faraar was shot in 2017 and was slated to open in theatres last March but the pandemic-induced lockdown forced the makers to postpone the release.