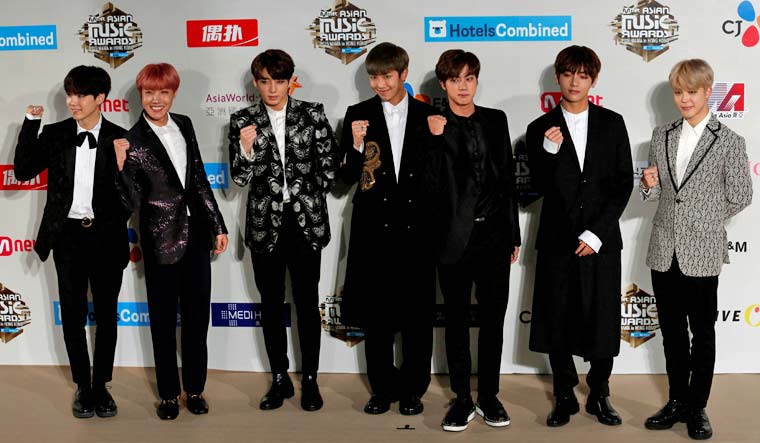 Korean pop band BTS has set new world records with their latest English single ‘Butter’. Guinness World Records confirmed on Tuesday that the music video has the most viewers for the premiere of a video on YouTube, it is the most-viewed YouTube music video in 24 hours and it is also the most streamed track on Spotify in the first 24 hours.

After the single dropped on Spotify it garnered 11,042,335 global streams in just one day, breaking the record for the most streamed track on Spotify in the first 24 hours, Guinness World Records stated in a report. The band achieved this by beating Ed Sheeran and Justin Bieber’s track ‘I don’t Care’ by 64,946 streams.

In September 2020, BTS became the first pop act from South Korea to top the Billboard Hot 100 chart with "Dynamite", which debuted at number one.    The band also performed ‘Butter’ for the first time at the Billboard Music Awards recently. BTSS won big at the 2021 Billboard Music Awards by taking home trophies in all the four categories they were nominated in. The hit septet, comprising RM, V, Jin, Suga, J-Hope, Jimin, and Jungkook, took home the award for top selling song for ‘Dynamite'. The group also won awards for top duo/group, top song sales artist and the fan-voted top social artist.