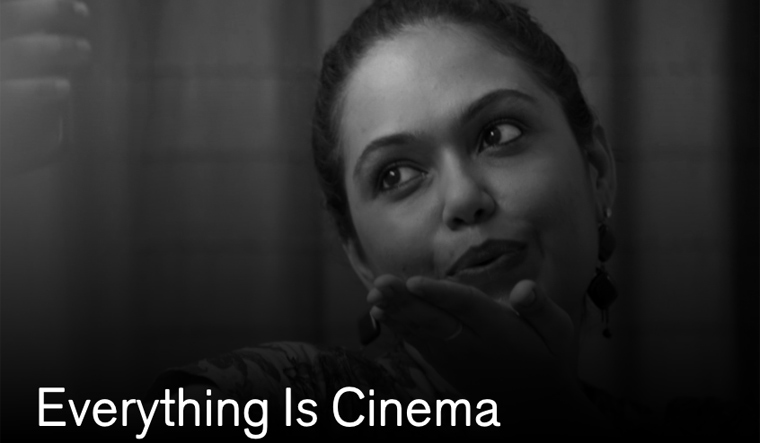 Director Don Palathara’s new film, Everything Is Cinema, has been selected for a world premiere at the prestigious International Film Festival of Rotterdam.

The film, which was shot partially during the first phase of lockdown in India, features Sherin Catherine in the only visible role of a Malayalam actor called Anita. The movie, which falls under the genres of Mockumentary and relationship drama, employs some footages of Kolkata that Don had captured a few years earlier. The film will be screened under the 'cinema regained' category of the festival.

Everything Is Cinema is a fictional film masquerading as a personal documentary. The film is told in first person narrative from the viewpoint of the fictional character, Chris, an independent filmmaker from Kerala. While Chris explains his relationship with his wife and with the world, his character starts to get revealed slowly.

Chris gets inspired by Louis Malle’s 1969 documentary Calcutta and aspires to recreate the modern version of the documentary himself. He moves to Kolkata with his wife Anita, who is also an actor, to work on his documentary. While the shoot of the documentary is progressing, the COVID-19 outbreak begins in India and his producer withholds the funds that he had agreed to release earlier. As the government imposed lockdown starts, Chris is stuck inside the rented apartment in Kolkata with Anita. To overcome the pent up frustrations, Chris decides to make a film about his own marriage without the knowledge of Anita.

The languages used in the film are English, Malayalam and Urdu. Don himself gives voice to the character Chris. The traditional Urdu song used in the film is rendered by Sharath Chandra Bose. Sound is remixed by Ganesh Marar. The script is written by both Don Palathara and Sherin. Camera and editing are also handled by Don.