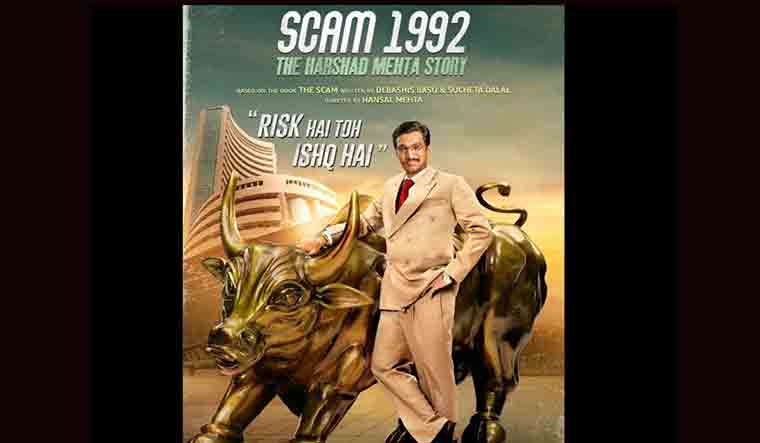 Following the success of Scam 1992: The Harshad Mehta Story, production banner Applause Entertainment on Thursday announced that the company is set to launch a second season in the popular franchise which will next feature the story of the 2003 Stamp Paper Scam by Abdul Karim Telgi.

Tentatively titled Scam 2003: The Curious Case of Abdul Karim Telgi, the show will be adapted from the Hindi book Reporter ki Diary authored by journalist and news reporter Sanjay Singh, who is credited with breaking the story of the scam back in the time.

Like Scam 1992, which is currently streaming on SonyLIV, the new chapter will also be released on the digital platform. National Award winner Hansal Mehta will return to direct the second season.

The upcoming series promises to be an intriguing watch as it will capture the life of Telgi, born in Khanapur in Karnataka, and his journey to becoming the mastermind behind one of India's most ingenious scams spread across multiple states which shook the entire country. It is estimated that the scam value was allegedly around Rs 20,000 crores.

Kiran Yadnyopavit, known for his work in Marathi films like Natsamrat and Hutatma, has been tapped to write and develop the story along with author Singh. Hansal Mehta said he is delighted to be back with exploring yet another fascinating story after the acclaim and immense popularity of Scam 1992, which saw breakout performance by Pratik Gandhi as Harshad Mehta.

"The new season of this franchise will focus on another riveting story that shook the country a few years ago - the stamp paper scam. I am looking forward to collaborating again with team Applause, SonyLIV and StudioNEXT, partners who think alike and encourage creative thought," the director said in a statement. Sameer Nair, CEO, Applause Entertainment, said the team is looking forward to the Telgi story.

="'Scam 1992' has helped established a solid ground for the 'Scam' franchise where we aim to tell stories about the various scams that our country has witnessed, the people behind it, their motivations and machinations.

"The success of 'Scam 1992' endorsed our belief about the audiences’ interest in such stories. We are extremely thrilled to announce 'The Telgi Story' as the next season. There is some great potential we see in this story and are absolutely delighted to partner once again with StudioNEXT, SonyLIV and Hansal Mehta in taking forward this franchise," Nair said.

"We are delighted to partner with Sameer Nair and his fantastic team at Applause for season two of 'Scam'. We look forward to collaborate with Hansal Mehta to bring an absolutely compelling show for our Sony LIV Premium Subscribers," added Danish Khan, EVP & Business Head - Sony Entertainment Television, SonyLIV & StudioNEXT at Sony Pictures Networks India.

Scam 2003 is being produced by Applause Entertainment in association with StudioNEXT.

Shooting on the series will begin later this year.