The baby boy was born on Sunday 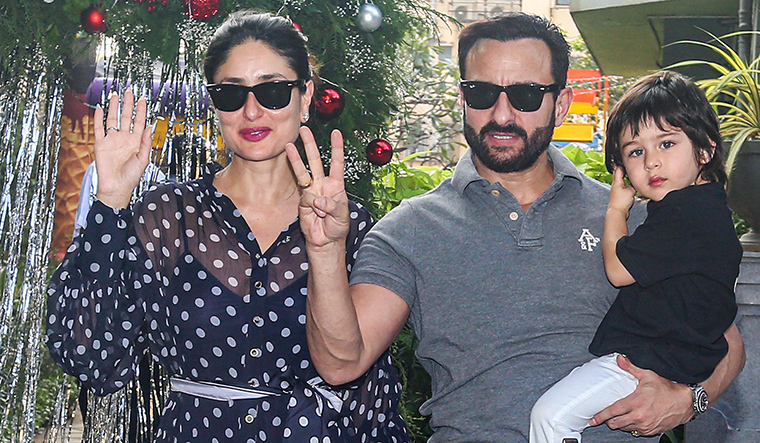 Saif Ali Khan and Kareena Kapoor with their son Taimur on the occasion of his 3rd birthday, at Bandra in Mumbai | PTI

Kareena Kapoor and Saif Ali Khan, who welcomed their second child, a baby boy on Sunday, arrived at their new house in Mumbai on Tuesday. They were also accompanied by son Taimur Ali Khan as they left the Breach Candy hospital in a car. They were photographed with their newborn baby as they made their way home, and the pictures and videos are trending on social media.

In a statement released after the baby's birth, Saif had said, “We have been blessed with a baby boy. Mom and baby are safe and healthy. Thank you to our well-wishers for their love and support.”

Kareena and Saif, who got married in 2012, announced in August last year that they were expecting another baby.

Apart from Taimur and the newborn, Saif has two children, daughter and actor Sara Ali Khan and son Ibrahim Ali Khan, from his first marriage to actor Amrita Singh. The Tandav actor will be next seen in Bollywood projects Adipurush, Bhoot Police and Bunty Aur Babli 2.

On the work front, Kareena will be next seen in Aamir Khan-starrer Laal Singh Chaddha, the Hindi remake of the award-winning Hollywood film Forrest Gump.