Case against makers, cast of 'Tandav' web series in Karnataka

Several cases have been filed against the makers and cast in UP, MP and Maharashtra 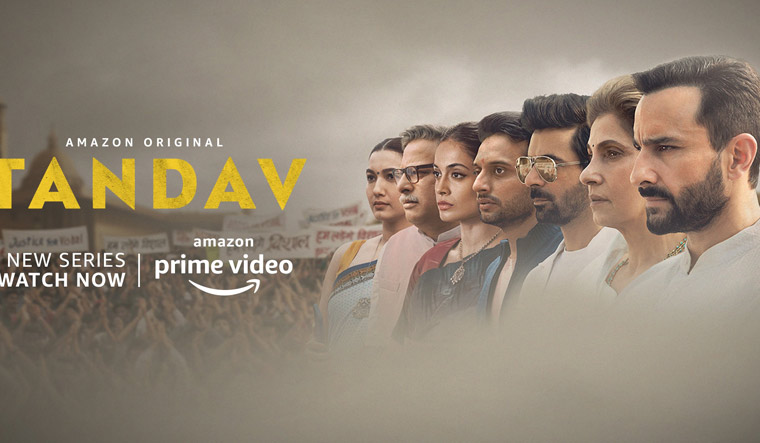 A case has been registered by the city police against the cast and crew of the controversial web series 'Tandav' starring actor Saif Ali Khan, for allegedly hurting religious sentiments of Hindus.

Based on a complaint by Kiran Aradhya, the case was registered on Friday against 'Tandav' director Ali Abbas Zafar, producer Farhan Akhtar, actors Mohammed Zeeshan Ayyub and Saif Ali Khan and the head of India Originals of Amazon Prime Video, Aparna Purohit.

In his complaint, Kiran alleged that the cast and crew made the deity of Hindu religion Lord Shiva spell invective to hurt the Hindu sentiments.

Cases have been registered under section 295A, 298, 153A and 34 of the IPC for insulting religious belief and promoting religious enmity between groups.

Several cases have been filed against the makers and cast of the web series in states like Uttar Pradesh, Madhya Pradesh and Maharashtra.

At least two scenes were removed from the nine-part starry political saga on Amazon Prime Video amid calls for boycotts, FIRs and protests over its alleged depiction of Hindu deities.

The cast and crew of 'Tandav' have apologised and said they had decided to implement changes to address the concerns raised.