The filmmaker is known for highlighting social and environmental causes 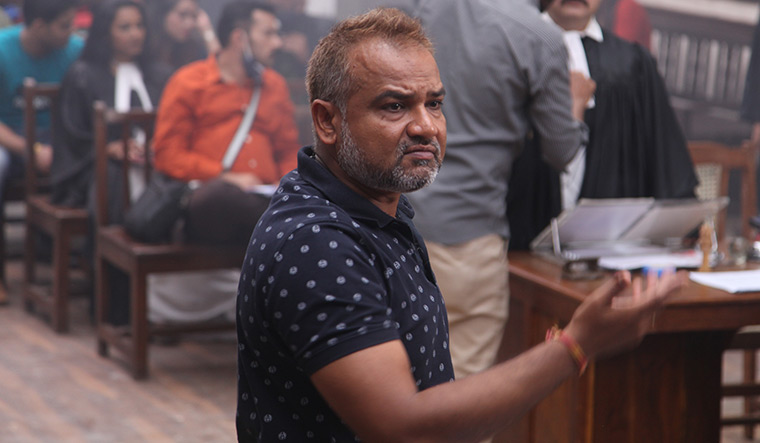 Filmmaker Nila Madhab Panda, acclaimed for projects like Kadvi Hawa and "I am Kalam", says he is currently scripting his next, a crime environment film set in the future.

Panda said the yet-untitled film will further his drive to chronicle stories of climate change on screen. "My next is a crime investigative environment project, set in the future. It's a new genre for me. It's almost like how would you survive without rivers? The writing is going on, it'll take at least a year to go on floors. The idea was with me for a long time but I'm finally working on it," Panda said on the sidelines of the International Film Festival of India (IFFI).

At the festival, Panda's Odiya film Kalira Atita was screened in the Indian Panorama Non feature film section. The 46-year-old filmmaker is known for highlighting social and environmental causes through his work.

While his 2018 release Halkaa followed the story of a young slum boy from Mumbai who dreams of owning a toilet, his acclaimed Kadvi Hawa was based on true stories from drought prone areas. The film, which received a Special Mention at the 64th National Film Awards, featured actor Sanjay Mishra as a blind debt-ridden farmer.

With Kalira Atita, too, Panda deals with the impact of climate change and follows the story of man who has lost his home and family to the sea. Shot in 2019 with a crew of 60, Panda said the film is a "striking reality", born out of a newspaper clipping he saw where a hand pump was submerged in the sea in Orissa.

"When I did my research, I got to know how four villages were submerged in the east coast of Orissa. We can't even imagine the impact climate change will have in the future. My films talk about this shock value. I may not be able to change people. But at least I can raise questions," he added.

Panda said his 83-minute movie places the emotional trauma of a man at the centre of its storytelling and traces the devastating effects the tragedy has on him. "The protagonist in my film is a victim of the often overlooked yet most important emotional impact of climate change. It turns out that the sea engulfs his village, after which he comes to think that his family and his village have gone to the sea.


"He starts believing that there awaits a better world for him. My film focuses more on the emotion of that man. Kalira Atita means yesterday's past; my protagonist is literally living in yesterday’s past," he added.