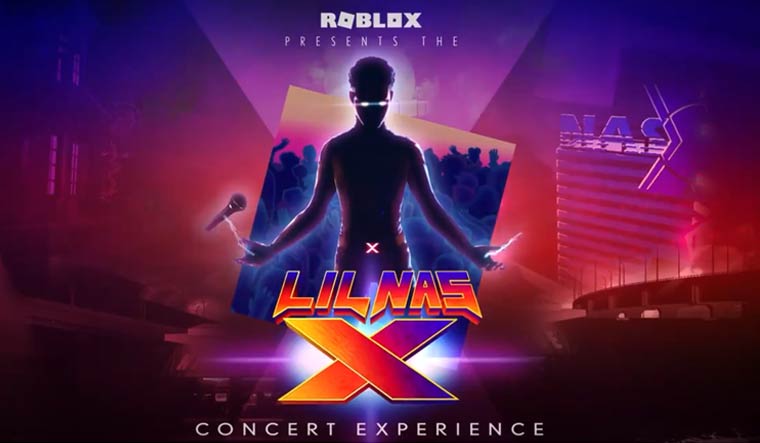 Tapping in to one of the most popular video games in the world, the Minecraft-esque ‘Roblox’, rapper and artist Lil Nas X has announced he will be performing a live virtual concert held inside the game.

I’ve been working hard with Roblox to create this incredible VIRTUAL LIVE CONCERT EXPERIENCE! WE GOT VIDEOS & A PERFORMANCE you don’t want to miss coming this weekend! #RobloxPresentsLNX pic.twitter.com/JGuL0cUGX0

The concert will be held between November 13-15 in Asia and in Europe.

“Get ready because Lil Nas X is going virtual for our first concert experience built and performed exclusively on Roblox on November 13-14! Featuring the debut performance of his new single, this event will also see the Grammy-winning artist bring some of his favorite songs to life like never before,” the Roblox blog stated in a post.

“Tune in for the preshow this Friday at 4 PM PST to watch behind-the-scenes footage from the making of the Roblox concert, along with a special Q&A session,” it said.

Players who complete an in-game scavenger hunt will get the chance to win Lil Nas X-inspired in-game items, including a cowboy hat inspired by the rapper’s popular video ‘Old Town Road’ (which has over half a billion views on YouTube).

The announcement comes a day after he dropped his first single in nearly 2 years, ‘Holiday’.

Hill, 21, is part of the new generation of rappers who emerged wholly through social media. Beginning as a TikTok phenomenon, his song ‘Old Town Road’ (featuring Billy Ray Cyrus) went on to stay on the Billboard Hot 100 for a record-setting 19 consecutive weeks.

Hill went on to win two Grammys in 2020 and was included in Time magazines list of the 25 most influential people in 2019.

Roblox has over 160 million monthly active users, and was reportedly played by over half of all children aged under 16 in the US according to the company behind the game, Roblox Corporation.