In open letter to Payal Ghosh, Rajshri Deshpande says 'false narrative' can cause much damage

If Anurag has done something wrong then we have a system to take action, she said 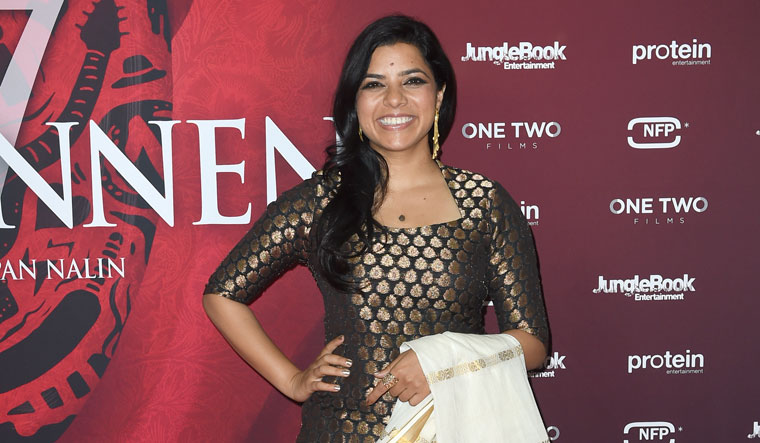 Actor Rajshri Deshpande, on Tuesday, wrote an open letter to Payal Ghosh, who has accused filmmaker Anurag Kashyap of sexual harassment, saying if the director is in the wrong, he will be punished as per system but peddling lies in the garb of #MeToo will cause the movement to "crumble".

On Saturday, Ghosh took to Twitter, claiming that Kashyap was sexually inappropriate towards her, an allegation the Gangs of Wasseypur director called "baseless".

Deshpande, who has worked with Kashyap in Sacred Games and Choked, wrote in a series of tweets that she wants to understand and listen to Ghosh's voice.

"We all know that MeToo started across the globe to give voice to each of us from different backgrounds. I think we need such movements for each suppressed voice in the world.

"If Anurag has done something wrong then we have a system to take action for it but if the acquisitions are false then MeToo mass movement will start crumbling and will lose its aim," she tweeted.

The actor said she feared that one false narrative can "damage so many other voices who have suffered".

In a video released to ABN Telugu, Ghosh had claimed that the incident happened in 2014-2015.

Ghosh, who made her Hindi debut with Rishi Kapoor-Paresh Rawal starrer Patel Ki Punjabi Shaadi, also claimed that Kashyap boasted about his connection with megastar Amitabh Bachchan and flaunted that there were other female artistes who he got intimate with, including Huma Qureshi and Richa Chadha.

Deshpande said she wants to hear Ghosh's side not because the world is "judging" her video but because she wants to know her journey.

She also said she wants to understand why Ghosh didn't "hesitate" to use other women's name to support her claim.

"Don't you think so it was derogatory and defamatory? I want to know how you cope up with this experience for six years and got strength to put it back and work. I know how difficult it is to go through harassment, it's not easy to forget the extremely painful incident."

Deshpande said she hoped Ghosh is able to answer her questions, not immediately, "but maybe after few years when you will realise what had happened".

"I hope you will be able to reflect whether it was your truth, suffering or race to be part of current influential race," she added.

The actor concluded her letter saying she loves the Indian film industry and is aware of its flaws.

"It's up to us to clean those flaws, but we need to ensure we do that conscientiously. May God give us strength to be truthful and strong," she added.

Earlier in the day, Qureshi opened up about Ghosh's claims and said she was angry about her name being "dragged" in the allegations.

"I feel really angry at being dragged into this mess. I feel angry not just for myself but also every woman whose years of hard work and struggle gets reduced to such baseless conjecture and allegations in their workplace. Please let's refrain from this narrative," Qureshi said in the statement shared on Twitter.

Her response came a day after Chadha sent a legal notice to Ghosh through her lawyer Saveena Bedi Sachar for being "unnecessarily and falsely dragged in a defamatory manner".

"No woman can be allowed to misuse their liberties to harass other women with unsubstantiated or non-existent, false and baseless allegations," Chadha's lawyer said.

Kashyap, too, shared a statement from his lawyer, Priyanka Khimani, that said the 48-year-old director has been "fully advised of his rights and remedies in law and intends to pursue them to the fullest extent".

Dismissing the allegations on Sunday, Kashyap called Ghosh's claim an attempt to "silence" him for his outspoken views.