OPINION: Why millennials should watch 'Mughal-e-Azam'

Why does the movie still invoke intrigue 60 years after its release? 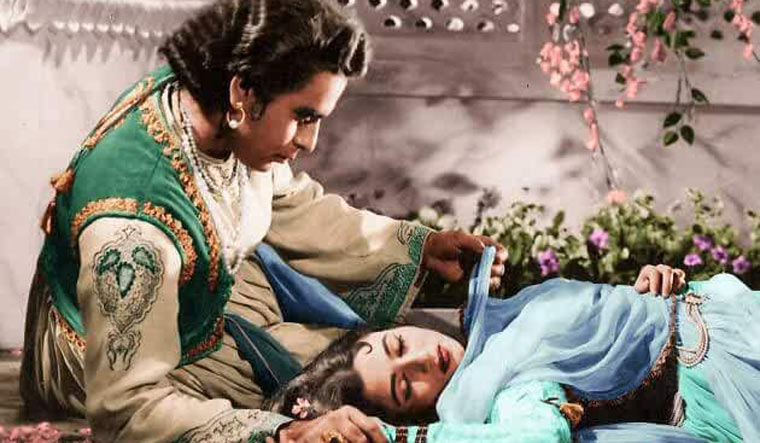 Star-crossed lovers, destined for doom, forced to be separated by societal norms, the plot of the Bollywood classic Mughal-e-Azam is nothing new. It has all the usual elements of most famous love stories, including William Shakespeare’s Romeo and Juliet. The 1960 film still manages to evoke fascination and emotion among Bollywood movie goers—not just among the first generation who watched the film, but generations that follow as well.

It has been 60 years since the movie, directed by K. Asif, released. So, why does the movie still invoke intrigue? In its sixtieth year, the movie’s screenplay got admitted into the Academy Awards official library. The Dilip Kumar-Madhubala starrer was converted into a colour film from its original black and white version in 2004. In 2016, it was turned into a broadway-style musical by the same group of companies—Shapoorji-Pallonji—that produced the film back in 1960.

Facts aside, the film probably resonates with its viewers for the same reasons as any timeless piece does—emotions. Parents who oppose the union of the lovers, taboos that come in due to social and economic hierarchy, the conflict between values and passions and of course sacrifice.

In a country where marriages are still built on these very standards even today, if anything, shouldn’t the movie be a lesson for the young to stay away from love? Instead of viewing it as a glorified love story, shouldn’t the youth instead view it as warning—'pain and distress ahead' Should the film’s plotline be romanticised? Perhaps not! If we take a closer look, Salim and Anarkali—the protagonists of the movie go to great lengths to ‘save’ their love from the world. But neither of them gets the happy ending they expected since their gazes first met.

Honour killings are still a common occurrence in India and in most cases, these murders are reported as suicides. And many-a-times, those responsible for the killings aren’t event persecuted under the law, as the local village panchayats support these families. No, Anarkali or Salim in the movie aren’t killed per se, but they don’t end up together either—bringing back to the point that the movie probably shouldn’t be considered as a great example for lovers to go by.

But here’s a good reason why the movie should still be watched—it is still socially relevant. Salim’s mother Jodhabai might be queen, but it is her word against Akbar’s and it is Akbar who finally has his way—he does succeed in separating the lovers. Women still are second class citizens in our country and are yet to gain equal footing in many areas.

Anarkali and her mother are made to live the rest of their lives as outcasts. Why? “Hum apne bete ke dhadakte hue dil ke liye, Hindustan ki takdeer nahi badal sakte."

Those from the lower-income groups are even today the ones to suffer, especially in time of war or any other emergency. The COVID-19 pandemic has proven so, and reinforced the wealth gap that exists in our nation. It is the lower-income families that have suffered the most as a result of job losses, poor health and poverty during the pandemic.

So hey, who cares if Anarkali and her mother gain access to another means of living or can continue living with any dignity at all!

The belief, ‘wealth is power, power is might’ still holds for our society. Because, as we see, Prince Salim goes on to ascend the throne, and going by history, marries eight times and goes on to rule for 22 years. Yes, the movie was adapted from a fictionalised play and there is no fact that the love story was true. But, social inequalities remain.

These probably are good reasons to still watch the movie. And yes, for the brilliant dance numbers, war scenes and some formidable acting.