"Is there open goondagardi in this country?" she asked 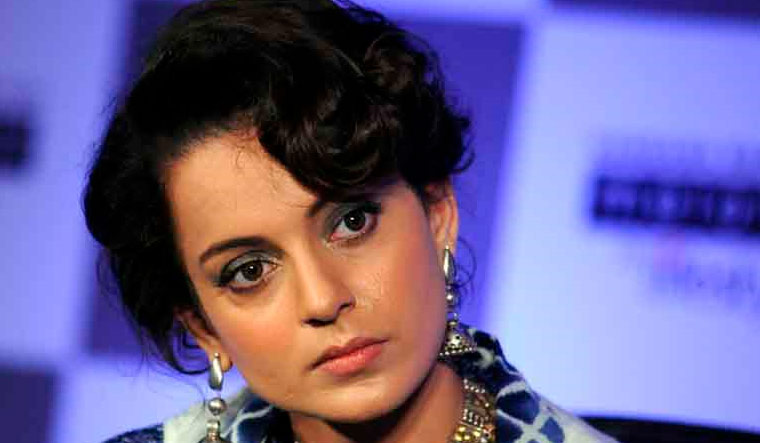 The Kullu district police have deployed a team to Kangana Ranaut’s house in Manali after the actress reported hearing the sound of gunshots late Friday night, claiming there was a concerted attempt to intimidate her for making a political comment related to the suicide of Sushant Singh Rajput.

Speaking to the Times of India, Ranaut said she heard a “cracker-like” sound at 11.30pm on Friday, which she initially dismissed as a firecracker. However, after hearing another similar “shot”, she feared it was a gunshot and alerted her security guard.

“This person maybe has never heard a bullet sound, but I have. He thought it maybe has something to do with some mischief. So they went around, but there was nobody there...so we called the cops,” she told the paper.

Ranaut said the police suggested it could have been somebody in the neighbouring orchard attempting to shoot bats, which damage the apples. However, Ranaut said her team checked with their neighbours and said that none of them reported doing so.

“I have heard the sound of a bullet and I think it was definitely a bullet, very intently fired twice, two shots with a gap of about eight seconds between them. And it was right opposite my room. So it seems like someone was behind the boundary walls, there's a jungle and a water body there,” Ranaut said, adding that she did not think it was from a local weapon since it did not sound like a .22 calibre shot.

Ranaut said this shots could have been because she made “a political comment on people who are known for their goondagardi” and that it could have ben a small-time alarming call for her, a warning for her not to talk about such matters.

“I think some local people may have been hired to come near my place, you know, it is not difficult to pay someone Rs 7-8,000 rupees here and assign them something like this. To do this to make a statement on the day I called out the chief minister’s son - I don’t think it was a coincidence. People are telling me that they will now make your life miserable in Mumbai. Well, I don’t have to be in Mumbai, they are doing it here also. Is there open goondagardi in this country? This is how Sushant must have been frightened. But I will continue to ask questions,” Ranaut said.

Earlier on Friday, Ranaut’s Twitter handle run by her social media team had tweeted, “Everyone knows but no one can take his name, Karan Johar’s best friend and world’s best CM’s best son, lovingly called baby penguin, Kangana is saying if I found hanging in my house, please know I did not commit suicide.”

The police said they would probe the case and that they had deployed three constables to her house.