‘Shakuntala Devi’ trailer: Vidya Balan takes you to the world of the ‘human computer’

The film will premiere on Amazon Prime Video on July 31 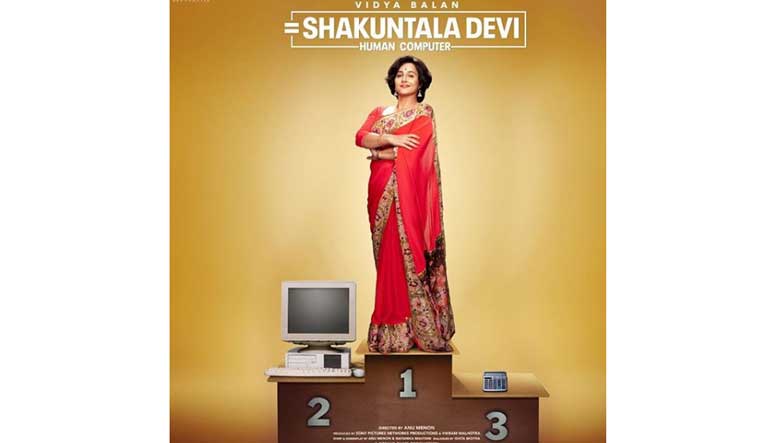 The trailer of Shakuntala Devi, starring Vidya Balan, is out. Vidya plays the titular role of the famed mathematician in the film that will premiere on Amazon Prime Video on July 31.

The trailer gives glimpses of Shakuntala Devi’s journey from being a child prodigy to gaining global recognition as the ‘human computer’ and getting her name into the Guinness Book of World Records. The last part of the trailer shows her personal life in which she struggles to balance parenting and her love for math. The trailer shows glimpses of the bitter-sweet relationship between Shakuntala Devi and her daughter, essayed by Sanya Malhotra.

Vidya gave her fans a maths equation to solve if they wish to watch the trailer. Sharing a picture of a placard with the equation on it, she wrote, “Solve for c... if you do, you will c the SURPRISE! Get a chance to see the trailer before the world.”

The film is directed by Anu Menon and produced by Sony Pictures Networks Productions and Vikram Malhotra of Abundantia Entertainment.

Speaking of Shakuntala Devi in an earlier statement, Vidya had said: “She was truly someone who embraced her individuality, had a strong feminist voice and braved many a naysayer to reach the pinnacle of success. But what truly fascinates me is that you wouldn’t normally associate a fun person with Math…and she completely turns that perception on its head.”