With Exotic in jail, the interpersonal rivalry has turned in Baskin's favour 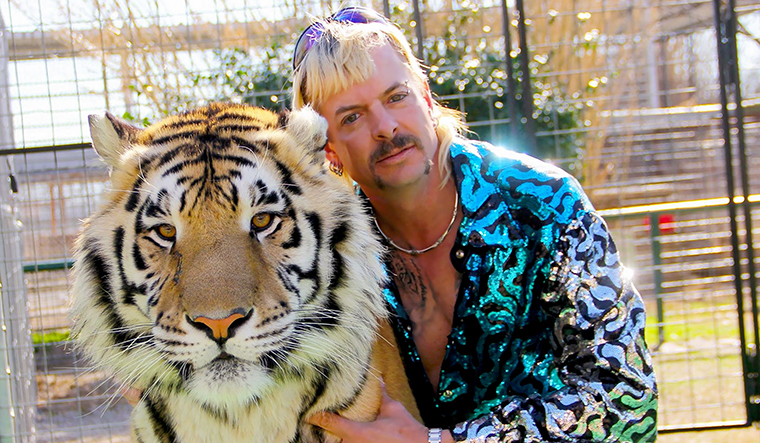 Now, a federal judge has given Baskin control of Exotic’s former zoo after the latter failed to pay up the amount he owed her from a series of copyright trademark suits.

Baskin had, for years, publicly campaigned against Exotic and his zoo over their treatment of the animals inside. In trademark fashion, Exotic went on a PR offensive against Baskin—leading to a series of copyright lawsuits that Baskin won, putting him under severe financial duress and eventually forcing him to sell his zoo to Jeff Lowe.

Lowe has been ordered to vacate the zoo within 120 days and remove all of his animals. By latest reports, he has been building a new zoo in Thackerville.

Exotic was eventually charged with attempting to have Baskin assassinated, a conviction that led him to a 22-year-prison sentence.

Due to its portrayal of the years-long feud between Exotic and Baskin, Tiger King led to a huge outpouring of support for Exotic, real name Joseph Maldonado-Passage, who has been campaigning for US President Donald Trump to give him a presidential pardon.

His zoo, which reportedly had 176 tigers and in-numerous other animals including lions and crocodiles, is located in Oklahoma. Originally known as the Greater Wynnewood Exotic Animal Park, or G.W. Zoo, it has since been renamed to Tiger King Park after being closed for a brief period due to COVID-19.

The reopening of the zoo was criticised due to the known risk that big cats face from the novel coronavirus.

Animal rights activists including Baskin have long advocated against the existence of private zoos, alleging regular animal abuse and unhealthy surroundings for the wild animals in them.