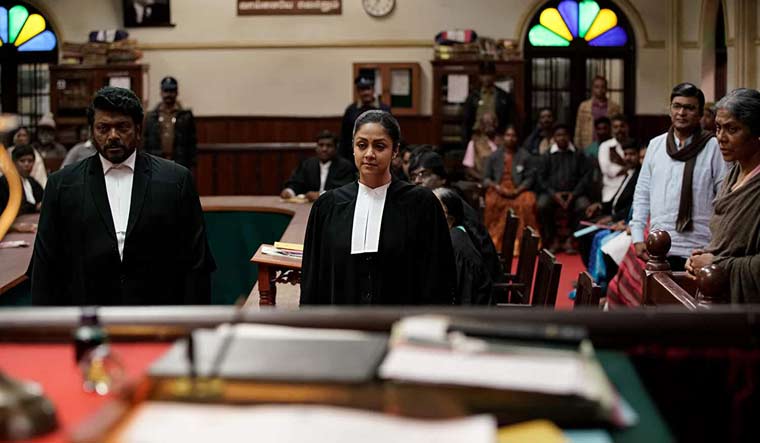 According to reports, Ponmagal Vandhal’s HD version was leaked on the piracy website. The film, which features Jyotika as a lawyer, is the first Tamil film to have a direct release on an OTT platform. The film was set for a March 27 release, but was pushed due to the pandemic and the subsequent lockdown.

The decision to skip theatrical release had angered distributors and theatre owners in the state, with many of them threatening the ban films of actor Suriya whose production house bankrolled Ponmagal Vandhal. Responding to the controversy on Kollywood, over 30 Tamil producers had released a statement pushing for their right to release films directly on OTT. “With the development of OTT (Over the Top) technology, many new films started coming out worldwide directly on this platform. Post the lockdown due to corona in the country, many OTT platforms have started acquiring small and medium budget films for direct OTT premiere, which we all have to welcome wholeheartedly,” the Indian Express quoted them as saying in the statement.

Jyotika said one of the reasons for her to board the JJ Fredrick-directed film is its focus on the system's failure in tackling with child abduction and rape cases.

"I read about crimes against women and children almost every other day in papers. I'd often discuss it with Suriya (her actor husband) at home about why the law is taking so much time for justice when it comes to these cases.
"So when Fredrick brought a script that was questioning our legal system in a realistic and presentable way, I really got attracted to this project. Playing a lawyer was refreshing because no other leading lady in Tamil cinema in recent years had played a lawyer,” she told.