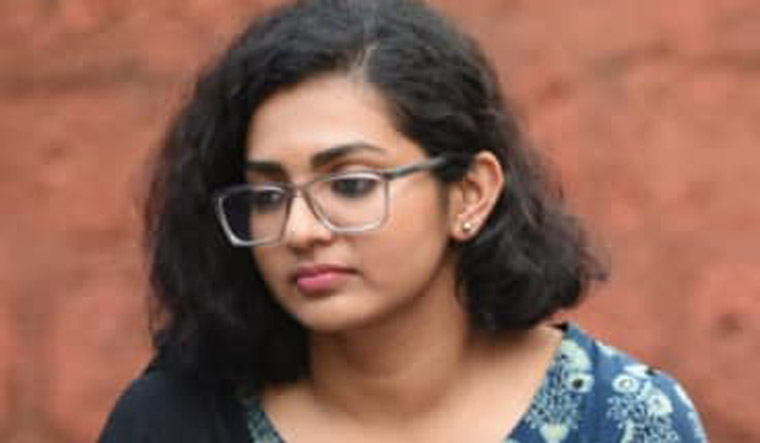 Parvathy has emerged to be one of the most versatile actors of Indian cinema. From the sensible teenager in Notebook to the acid attack victim in Uyare and the health worker in Virus, she has proved that she is one of the best in business when it comes to sinking her teeth into the character and giving the role everything that she has got.

However, the actor has had her fair share of troubles. In a recent interview to Firstpost, the actor opened up about battling depression.

She said she does not mind people having an opinion about herself and added that she is proud of what she she has become today. "It has been an important journey to constantly unlearn the mentality of victimhood and to remind myself with every tool possible that I have the strength to overcome," Parvathy was quoted as saying.

Speaking about depression, the actor said she has had regular bouts of it and she is taking care of it without medication. She said the lockdown period has been a "deep dive into how I am dealing with my deep-seated depression," and added that she is managing it with all the help that she can get from online therapy and being in touch with her closest friends.

The actor revealed that she was clinically diagnosed with depression in the last five years and added that she has been open about if for a long time. She said had it from a very young age and used to talk to her school and college friends, some of who did not understand her. "For years I thought I was making a big deal out of it, maybe I should just snap out of it. Then I realised I was repressing things, that I end up imploding sooner or later. No one would know what to do with me," she was quoted as saying.

She said she leanrt to be honest with herself and sought medical help. She added that she benefited from her loved ones "making every effort to understand" her.

The actor said she mustered the courage to seek help from a therapist after she helped a family member to deal with depression by taking him to a therapist. She said initially it was difficult for her to see a therapist as she was afraid of being judged by a stranger and so she held on to her crisis for a long time.

She also used to have panic attacks and after these began manifesting as illnesses, she decided to seek help as she wanted to focus better on work. "It’s been a long, really curvy road," the actor was quoted as saying.

"Ever since I went to therapy and I was clinically diagnosed, I have been on this path of trying different ways to just stay, not leave. To stay in with myself has been the biggest struggle," Firspost quoted the actor as saying.