Salman Khan refused to 'catch and smooch' me for photos, says Bhagyashree

She was his co-star in the movie 'Maine Pyar Kiya' 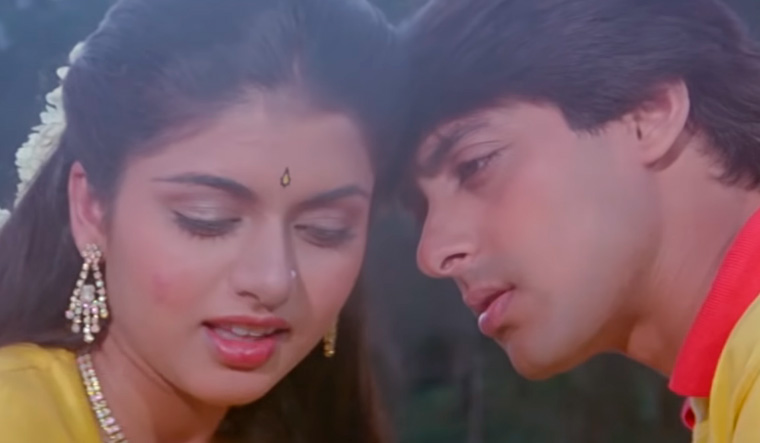 Bollywood actor Salman Khan is among the stars who do not kiss on screen. The actor had justified his decision not to do intimate scenes in his movies saying his films are meant for a family audience who may not be open to on-screen intimate scenes.

In a recent interview to Deccan Chronicle, actor Bhagyashree, who was his co-star in the 1989 movie Maine Pyar Kiya, said the actor refused to pose for “hot” photographs with her although a photographer, who was very popular back then, insisted on it.

Bhagyashree, without naming the photographer, said, he wanted to take" not-so-complimentary photographs" of Salman and her and asked the Dabangg star to "catch her and smooch her."

She said all of them were newcomers then and the photographer thought he had the freedom to make them do something like that although smooching scenes were rare those days. "I don’t think he or Salman knew that I was standing by very close and could hear every word. For a second, I remained shocked, but just then, I heard Salman say, ‘I am not going to do anything of that sort. If you want any pose like that, you need to ask Bhagyashree.’ I really respected Salman’s response, and that’s when I realised I was among safe people," Deccan Chronicle quoted the actor as saying.

Bhagyashree will be next seen in the Tamil movie Thalaivi, which is the biopic of late J. Jayalalithaa, starring Kangana Ranaut in the lead.

Salman Khan, meanwhile, is gearing up for the release of the action thriller Radhe. Directed by Prabhu Deva, the movie also stars Disha Patani, Randeep Hooda and Jackie Shroff in the lead.