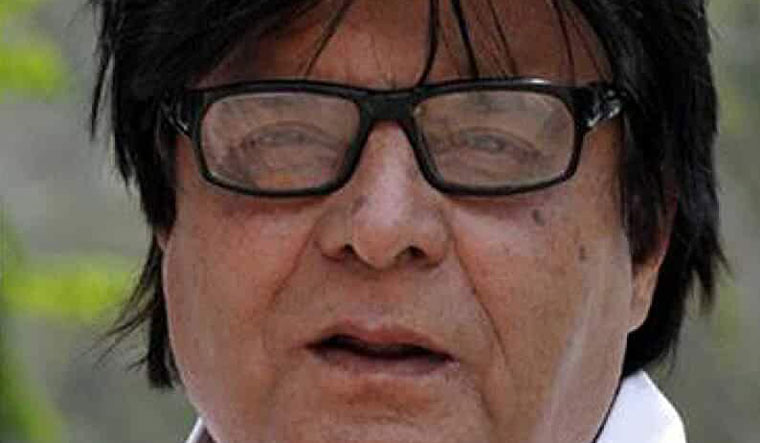 Veteran Punjabi star Satish Kaul, who has acted in several Hindi films and shows including Mahabharat, says he is currently facing financial woes and the nation-wide lockdown has only made the situation worse for him.

The actor, whose credits include working in over 300 Punjabi and Hindi films and played the role of Lord Indra in Mahabharat, said contrary to rumours, he is not in an old age home.

"I am staying in a small rented place in Ludhiana. I was staying in an old age home earlier but then I am here at this place with my Good Samaritan Satya Devi. My health is okay, I am doing fine, but the lockdown has made matters worse.

"I am struggling for medicines, groceries and basic needs. I appeal to the industry people to help me. I got so much love as an actor, I need some attention now as a human in need," Kaul told PTI.

The 73-year-old actor had also worked in films like Pyaar Toh Hona He Tha, Aunty No 1 and show Vikram Aur Betaal.

Kaul had moved to Punjab from Mumbai and had started an acting school around 2011. The actor said that project wasn't a success.

"It came to a halt and whatever work I was doing later was affected after I fractured my hip bone in 2015. For two and a half years, I was bed-ridden in the hospital. Then I had to check in to an old age home where I stayed for two years."

Kaul said he feels grateful that people had showered him so much love when he was in his prime and doesn't have any "regrets" now.

"It is okay if they have forgotten me. I got so much of love and I am grateful. I will forever be indebted to the audience for that. Right now, I wish I am able to buy a decent place of my own where I can stay.

"The fire to act is still alive in me. It isn't over. I wish someone gives me a role even today, any role, and I would do it. I'm raring to act again," he added.