There is always something to be grateful for, she said 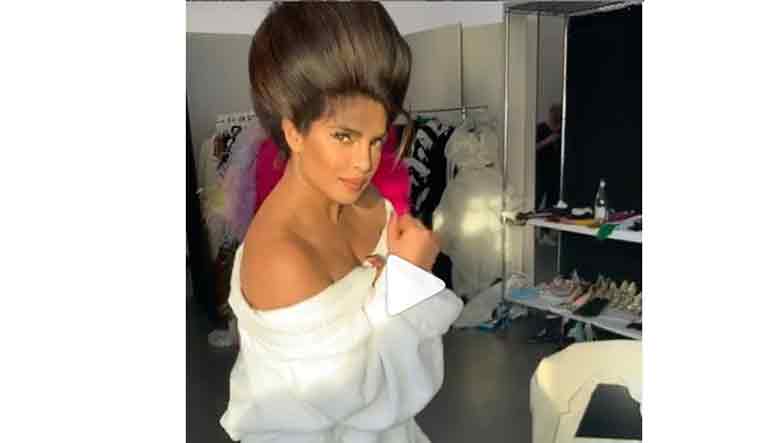 Actress Priyanka Chopra has been active on social media during the lockdown, and now she has posted a candid throwback video from one of her earlier photoshoots.

The short video clip showed Priyanka grooving to the song ‘Get Ur Freak’ On by Missy Elliot in a bathrobe, sporting a quirky hairdo. The photo is from the shoot when she appeared on the May cover of UK’s Tatler magazine. She was photographed before the pandemic began.

Sharing the video on Instagram, Priyanka wrote, "Dancing into the weekend. There is always something to be grateful for. #flashbackfriday #getyourfreakon #princesspoppyvibes."

When asked about stepping into motherhood, she said that she did plan on having a baby, but not at present. “Right now, this year’s really packed for me in terms of the work that I’m doing and the work that I’ve taken on. But having a family is very important to me and it always has been. It is something that I definitely want to do and I’m hoping that whenever God wills it, at the right, opportune time, it’ll happen,” she said.

On the work front, Priyanka was last seen with Farhan Akhtar in Shonali Bose’s Sky is Pink. She will next be seen with Rajkummar Rao in Netflix’s adaptation of Arvind Adiga’s White Tiger.

She is also set to play the role of Ma Anand Sheela in the upcoming Amazon Studios film Sheela. Ma Anand Sheela, who was made famous by Netflix’s docuseries Wild Wild Country, was the personal secretary of Osho from 1981-1985 and she managed the Rajneeshpuram ashram in Wasco County, Oregon. She was a spiritual adviser and the primary perpetrator of the 1984 Rajneesh bioterror attack in Oregon. Rain Man director Barry Levinson will helm Sheela. Priyanka will produce the movie through her Purple Pebble Pictures, along with Levinson’s Baltimore Pictures and Permut Presentations’ David Permut and Jason Sosnoff. She is also rumoured to play a role in Matrix 4 along with Keanu Reeves.