Randeep Hooda opens up about his Hollywood debut, working with Chris Hemsworth and more 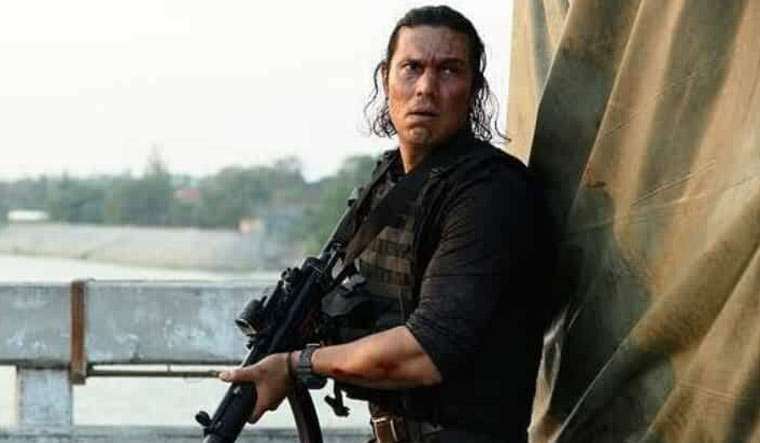 Two decades after making his acting debut with Mira Nair’s Monsoon Wedding, Randeep Hooda makes his debut in Hollywood with Netflix’s Extraction. The actor plays Saju, who works for a Mumbai-based druglord (played by Pankaj Tripathi) in the movie. In a brief interaction ahead of the film’s release on April 24, he talks about being a part of the film, working with Chris Hemsworth and director Sam Hargrave, and how the failure of his films affects him.

Q. There is so much action in the film. I am sure you would have heard that a lot through the course of talking about this film, but it is so unlike you.

Yes, I have and I take it is as a compliment. Well, I have been quite experimental throughout my career. I have tried to at least. This was a totally new territory for me, this absolutely real blood and sweat combat situation. It taught me a lot about myself physically and also gave me a lot of insight into somebody who is like this and somebody who is capable of all these, through all the rigorous physical training and rehearsals that we had to go through. Combined with all that of course was Sam Hargrave directing and guiding you towards achieving this sort of morally ambiguous, but physically mountainous personality.

Q. In the last couple of years, there has been an increasing exploration of physicality when it comes to your roles, whether it was Sarbjit, Main Aur Charles, or now Extraction. Is it consciously done?

It just happens that you like something and you have very vague ideas about it when you get on to it. Then you start working on it, and these things start coming about. You get all these ideas, and of course the director has to be very supportive of those ideas. Otherwise, you can just throw them in the bin. Also, (it is) my very childlike desire to adapt to the director’s vision rather than just play what I have played before. And, you really don’t know whether it is going to be a hit or a miss. That kind of unsureness and exploration is the joy of this work I feel. I am more drawn towards it and since I am drawn towards it, I guess these roles are drawn towards me. It is definitely a very joyful experience to be able to do such roles. I am also very grateful that I got these opportunities that you speak of, to do different films, to explore these things.

Q. Your performances have been praised in movies like Sarbjit and Main Aur Charles. I think we all want to see more of you. But somehow, despite your promising performance, the films have failed. How does it affect you as an actor?

Well, you have got to look at it as an actor. It is not really an actor’s job to package and reach the film out to that many number of theatres, or with that much of a positioning. So, I don’t feel too bad about it. But yes, a successful film gets you another good role in a good film. I think I have been very fortunate to—in spite of taking breaks for two to three years in the years that I have worked— get more work. Whether it is a box-office success or not, through platforms like the OTTs or satellite, the work reaches the people eventually. It is just that you don’t get paid as much (laughs).

It is definitely a shot in the arm, knowing the fact that it is going to go to so many countries simultaneously. And, because of the people involved, some of the biggest filmmakers of today’s time, Russo Brothers who have been associated with the mega, mega hit franchise like the Avenger films, and to have an iconic international star like Chris (Hemsworth) be a part of it, and his audience, which is huge. So, with that, your work gets exposed or you as a person and as an actor get exposed to a lot more people. That, I think, is the deepest desire of every artiste – to reach out to as many people as possible without selling your soul too much. I think this was just enriching my soul as much as it was reaching out to a lot more people, which I am hoping will help me get varied work across the world.

Q. Chris Hemsworth has been talking about you across interviews with a lot of admiration. How was your experience working with him?

It has been great. He is this Aussie country boy, that is what he is playing in the movie too. I think he is very good in the movie to begin with. It is a different side to Chris. I think this is a feather in the cap for him as an actor. I have always admired his work since the movie Rush, which is the first time I ran a Google search to find out who this guy is. While working with him I realised that he is very committed, very jovial, very down to earth. I always feel that as a leading man of a movie, one controls the energy on the set. It was all fun, hardwork and not making a big deal about it. He has got a lot of admirable personal qualities—childlike enthusiasm, a sense of humour and his whole being a family man adds a lot to his groundedness. And, of course, he is an exceptional actor and a very good-looking man.

How has the lockdown been treating you?

This pause has come with a lot of self discovery, introspection, and a lot of things that were pending are being done. And, there is also a lot of hoping and praying that this gets over as soon as possible and we get back to our normal lives and hopefully are better collectively as human race.