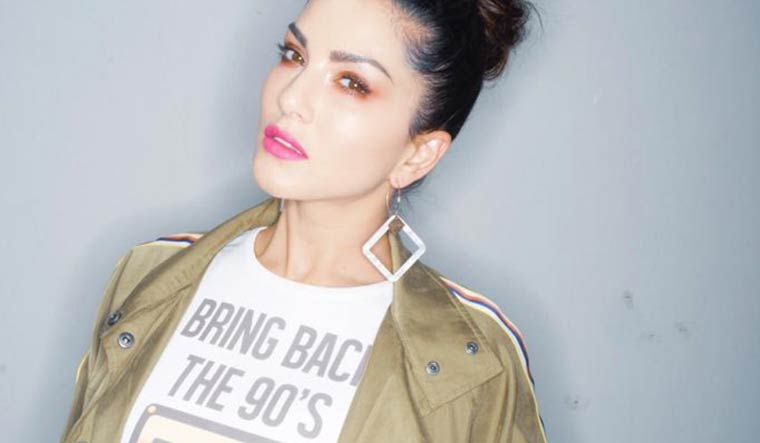 After Doordarshan started retelecast of some of its iconic shows like Ramayan and Mahabharat, actress Sunny Leone had an interesting observation.

She took to social media to post a picture of herself in a t-shirt, which had the words ‘Bring back the ‘90s’, written on it. She quipped: Wow..they took my tee seriously!! Guess what's back on DD?

On popular demand, Doordarshan has brought back yesteryear favourites Ramayan, Mahabharat and even Shaktimaan, during the lockdown period. Shah Rukh Khan’s iconic series Circus, and detective series Byomkesh Bakshi will be brought back. Shah Rukh made his TV debut with Fauji  and later he became a favourite with Kundan Shah’s Circus in 1989. Also featuring Renuka Shahane, Shah Rukh plays a young man struggling to manage a circus that was his father’s. Circus will air from Saturday at 8pm, DD National tweeted.

Directed by Ramanand Sagar, Ramayan featured Arun Govil as Ram, Deepika Chikhalia as Sita and Sunil Lahri as Lakshman. The show also featured Late Dara Singh as Hanuman and Arvind Trivedi as Ravana. The show was originally telecast from 25 January 1987 to 31 July 1988. Arun Govil was trending again recently after he commented on the Kapil Sharma show that the Ramayan cast was once offered large sums of money for bold photoshoots, which they refused.  Actors Arun Govil, Deepika Chikhalia and Sunil Lahri reunited to celebrated 33 years of the iconic TV serial. Deepika, who played Sita, said no one would casually greet her, instead people would fall at her feet and say 'Sita Ma'. When asked if they wouldn't feel 'itchy' wearing all those extravagant costumes, Arun Govil who played Ram said that after a point of time, he felt 'itchy' by the mere sight of the costumes.