Ramayan to be retelecast on Doordarshan amid lockdown 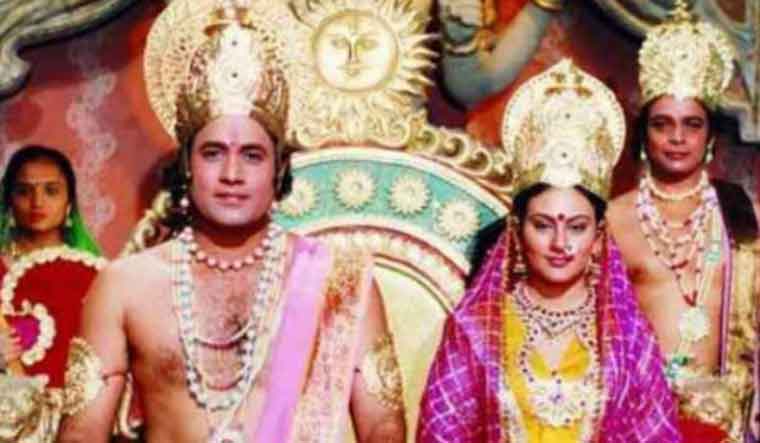 Iconic teleserial Ramayan is set to make a comeback to Dordarashan. The serial will be re-telecast from March 28, amid the lockdown, on public demand.

Information and Broadcasting Minister Prakash Javadekar on Friday announced the same on Twitter. “Happy to announce that on public demand, we are starting retelecast of 'Ramayana' from tomorrow, Saturday March 28 in DD National, One episode in morning 9 am to 10 am, another in the evening 9 pm to 10 pm,” he tweeted.

Happy to announce that on public demand, we are starting retelecast of 'Ramayana' from tomorrow, Saturday March 28 in DD National, One episode in morning 9 am to 10 am, another in the evening 9 pm to 10 pm.@narendramodi
@PIBIndia@DDNational

As India entered third day of the 21-day complete lockdown, people took to social media demanding re-telecast of iconic serials like Ramayan and Mahabharat. Many shared nostalgia connected to these shows and also said these mythological programmes would be a good way to keep people at home during the quarantine.

Directed by Ramanand Sagar, Ramayana featured Arun Govil as Ram, Deepika Chikhalia as Sita and Sunil Lahri as Lakshman. The show also featured Late Dara Singh as Hanuman and Arvind Trivedi as Ravana. The show was originally telecast from 25 January 1987 to 31 July 1988. Arun Govil was trending again recently after he commented on the Kapil Sharma show that the Ramayan cast was once offered large sums of money for bold photoshoots, which they refused.  Actors Arun Govil, Deepika Chikhalia and Sunil Lahri reunited to celebrated 33 years of the iconic TV serial. Deepika, who played Sita, said no one would casually greet her, instead people would fall at her feet and say 'Sita Ma'. When asked if they wouldn't feel 'itchy' wearing all those extravagant costumes, Arun Govil who played Ram said that after a point of time, he felt 'itchy' by the mere sight of the costumes.